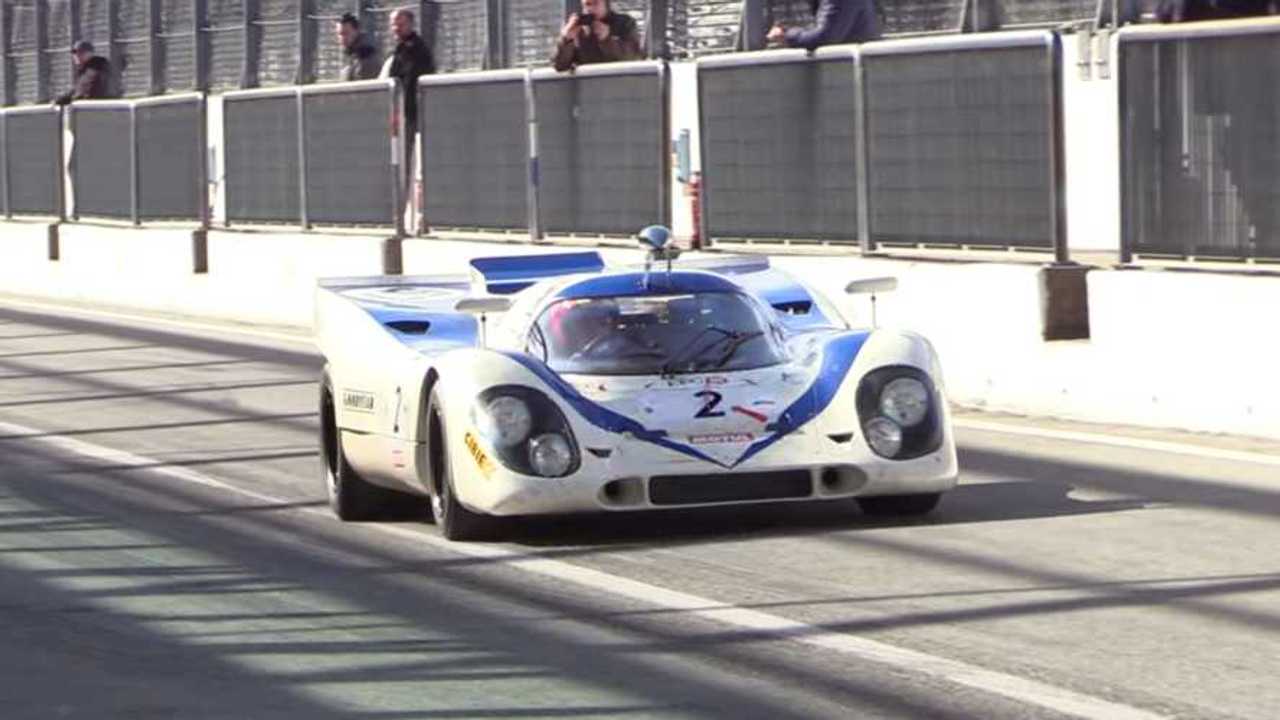 A motorsports legend stretches its legs.

There’s really nothing quite like the sound of a flat-12 engine starting up, revving, or speeding by on a track. You get to enjoy that aural sensation in all its glory by watching the video below. This is the Zitro Racing Porsche 917K going for some laps around the Monza Eni Circuit during an historic motorsports weekend. It’s always a treat to see these race car legends getting a workout, especially if you were too young to see them in action back in their heyday.

The warmup of the car takes a little too long in this video, so if you want to skip to where the Porsche is actually moving go to 3:39. That’s when you get to see this car really moving and hear what it’s like as it blasts by at speed.

Porsche only made 59 917K race cars, so they’re not exactly plentiful in the world. When these change hands, it’s often for amounts that will blow your mind, making them the playthings of only those who have large fortunes at their disposal.

The 1971 film Le Mans starring Steve McQueen helped make the Porsche 917 a hero car for many. In fact, the same car McQueen drove in the film was sold at auction a couple of years ago for $14 million.

This car is chassis 917-025 and is significant because it was one of the very few Porsche 917Ks to be sold to a private party. Instead of a big motorsports operation like Gulf or Martini backing this car, it was purchased by the Bolivian millionaire Jamie Ortiz-Patino, who had a strangle hold on the Bolivian tin industry.

Just this year the Porsche 917 prototype racer turned 50. It’s a big milepost for an important vehicle in motorsports, which of course eventually influences designs for road-going cars. For example, Porsche experimented with anti-lock brakes using the 917.