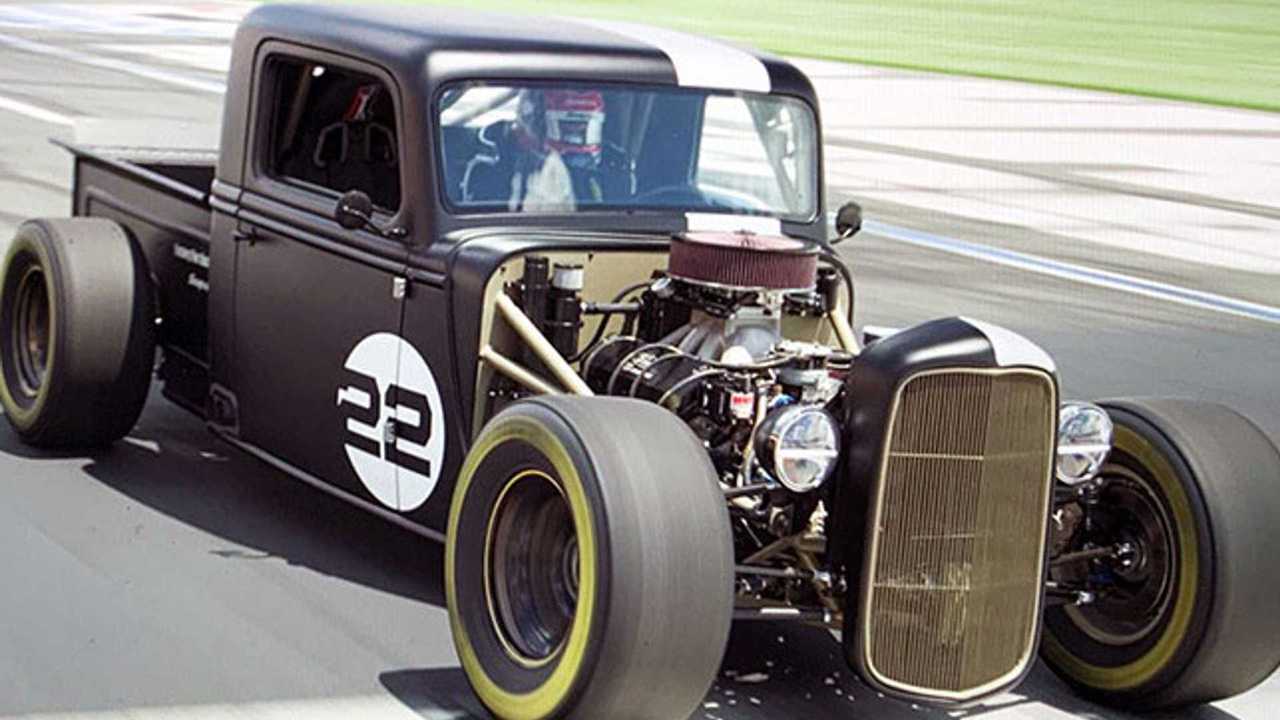 A lightweight kit car with an 800-hp NASCAR engine!

In the last couple of years, Snap-On has teamed up with Factory Five Racing and 2018 NASCAR champion Joey Logano to produce a series of car builds called "From The Ground Up." The latest build highlights Factory Five's all-new body design based on the 1935 Ford Truck, but this truck got even more intense thanks to a NASCAR-spec Roush Yates engine. Now that the build is done, Snap-On released the video below showing the truck in action drifting around Charlotte Motor Speedway's new "Roval" (road course oval) configuration. Yeah, it's as cool as it sounds.

Factory Five Racing has some amazing kit cars, but this '35 Ford body is stunning – and it looks even better painted to match Logano's matte black Ford GT. These kits come with everything you need to build it except for the engine, transmission, rear-end, wheels and tires, and this build added the same 800-horsepower engine that's under the hood of his NASCAR Ford Mustang racecar along with a six-speed sequential gearbox. The truck itself costs $19,990, while the engine and transmission are valued at over $100,000!

As if cramming a NASCAR engine into a kit car was enough of a challenge, Logano wanted the truck to have air conditioning so he could drift in comfort... and boy can this truck drift. Not that it would be hard to drift a truck with a high-revving, high-horsepower V8, but this replica weighs practically nothing – its curb weight of just 2,380 pounds is about the same as a Mazda Miata.

This was just the final product being put through it's paces around the Charlotte Motor Speedway, but you can check out the full series of build videos below. As expected, the videos are basically 11-minute Snap-On commercials, but they're probably the best tool commercials you've ever watched:

2005 Factory Five Cobra Is The Replica Of Your Dreams