Even Honda Feels Nostalgic About The S2000 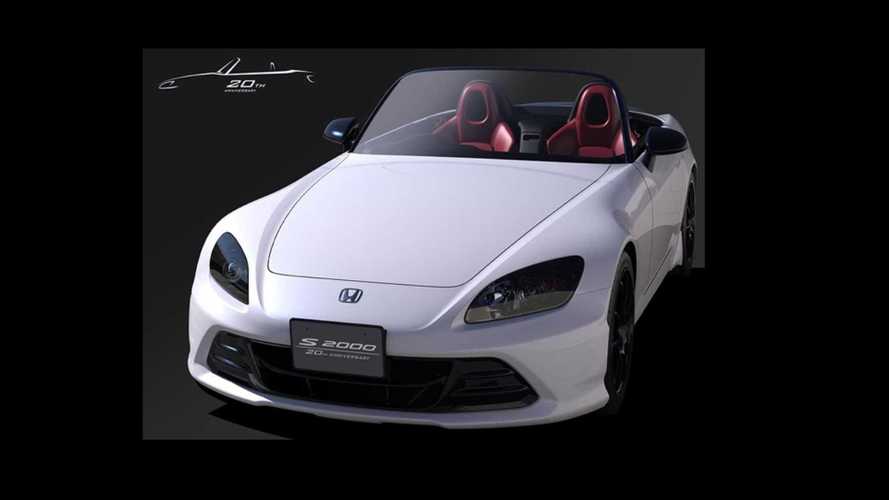 The automaker has a nice surprise in store for next month.

It’s been almost 20 years since the Honda S2000 first burst onto the automotive scene, taking a lot of people by surprise. The little roadster packs a big punch, plus it looks tremendous, making it a favorite of enthusiasts and collectors today. Honda has announced it is celebrating with a customized prototype of the car at the Tokyo Auto Salon next month.

For now, we know this prototype S2000 wears a number of cosmetic upgrades. One of the most obvious is the different bumper with a wider grille, making the car appear far more aggressive then in factory form. Also a little bulkier are the fenders, adding to the increased athletic stance. New side sills, a rear spoiler, and 17-inch Advan RZ2 wheels also play up the sporty qualities of the roadster.

About as noticeable as the new front bumper are the red sport seats, which really jump out and catch your eye. The fact the windshield surround has been painted black, matching the side mirror caps, is a far more subtle yet still an impactful enhancement.

While this is fun to hear about, some might be wondering how this prototype affects Honda S2000 owners. The word is many of the parts featured on the prototype could be available to the public through Honda Access, the automakers accessory division, in the near future.

This news comes on the heels of Mazda and Nissan both expanding legacy parts programs for classic performance vehicles. With JDM and even US-spec Japanese vehicles becoming more collectible, automakers seem to be realizing there are some serious opportunities they need to leverage. Don’t be too surprised if these types of announcements cause certain classic models to see a nice value bump.

Before you get your hopes up that this prototype could mean a return of the S2000 to the current Honda lineup, similar things have been done in the past. Honda revealed the S2000 Modulo Climax prototype at the Tokyo Auto Salon in 2013. It also wore a bumper design which diverged big time from factory spec, plus a deep red paint job, but it sadly didn’t signal the launch of a new Honda roadster.

Among the other revealed cars being shown off by Honda in Tokyo next month is the Civic Cyber Night Japan Cruiser 2020. It’s a heavily-modified first-generation Civic Type R wearing turbine wheels from the Insight, a big rear wing, customized bumpers, and other cosmetic mods.