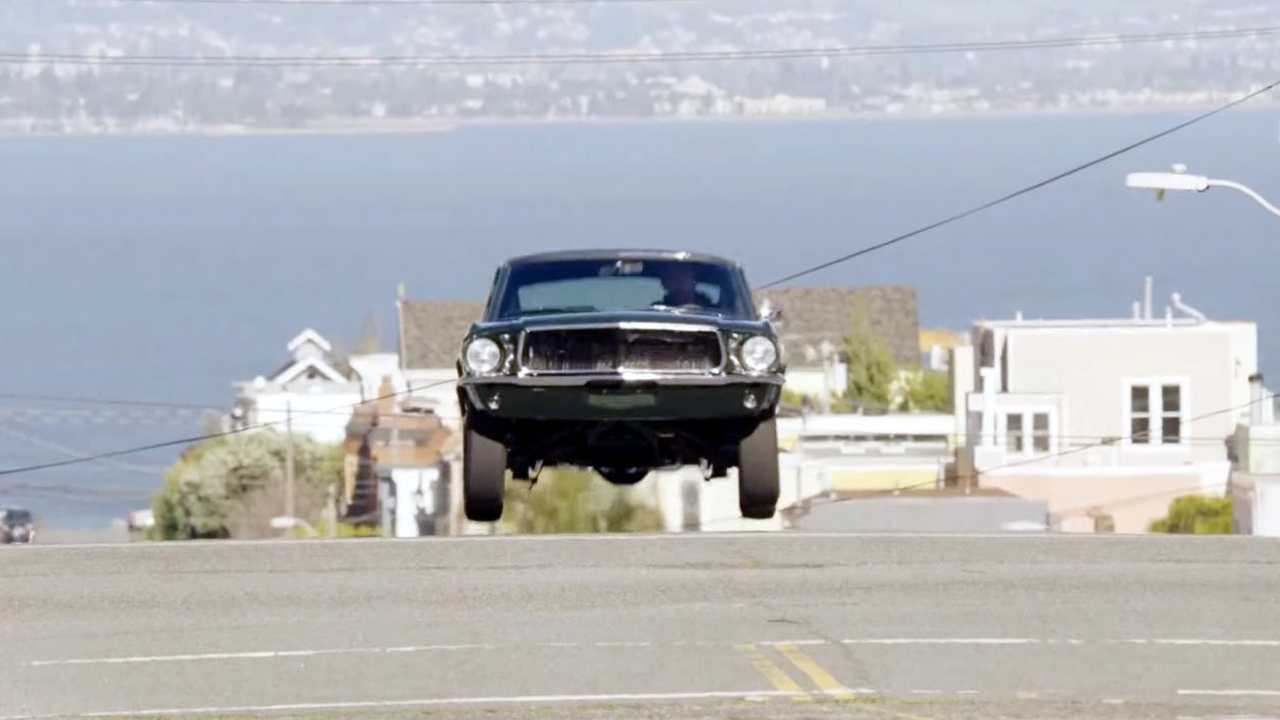 To help kick off the latest season of Fast N' Loud on Discovery, the crew over at Gas Monkey Garage built a perfect recreation of the 1968 Ford Mustang used in the movie Bullitt. That wasn't enough for GMG, though. On top of building the iconic car, the show took things a step further by recreating the actual chase scene!

The recreated chase is only about half as long as the original scene, but it is incredibly entertaining watching drift racer Chris Forsberg pulling almost identical moves as Steven McQueen. Instead of a classic Charger, the iconic dark green '68 Mustang fastback is chasing down a black Dodge Challenger, and the juxtaposition between the new and old sports cars is fun to watch as they screech through turns, squeal tires and catch air over the San Francisco roads. Unlike the movie, though, no cars were harmed in the filming of this video.

Of course, the Bullitt chase just wouldn't be the same without a certain repetitive Volkswagen Beetle and a McQueen, and this video has them both. You'll notice the same green Beetle show up throughout the video, and Steve McQueen's son, Chad, makes an appearance at the end of the video!

Long considered one of the best car chase scenes of all time, it's obvious that a lot of work went into recreating even some of the minute details, and in addition to the chase video, Discovery also released a few behind-the-scenes videos to just some of the work that went into recreating the ultimate car chase. These videos are interesting to watch especially when Forsberg talks about how this Bullitt Mustang replica handles compared to a fully prepped drifting car.

Here's How THE Bullitt Mustang Went From Hollywood To Mecum