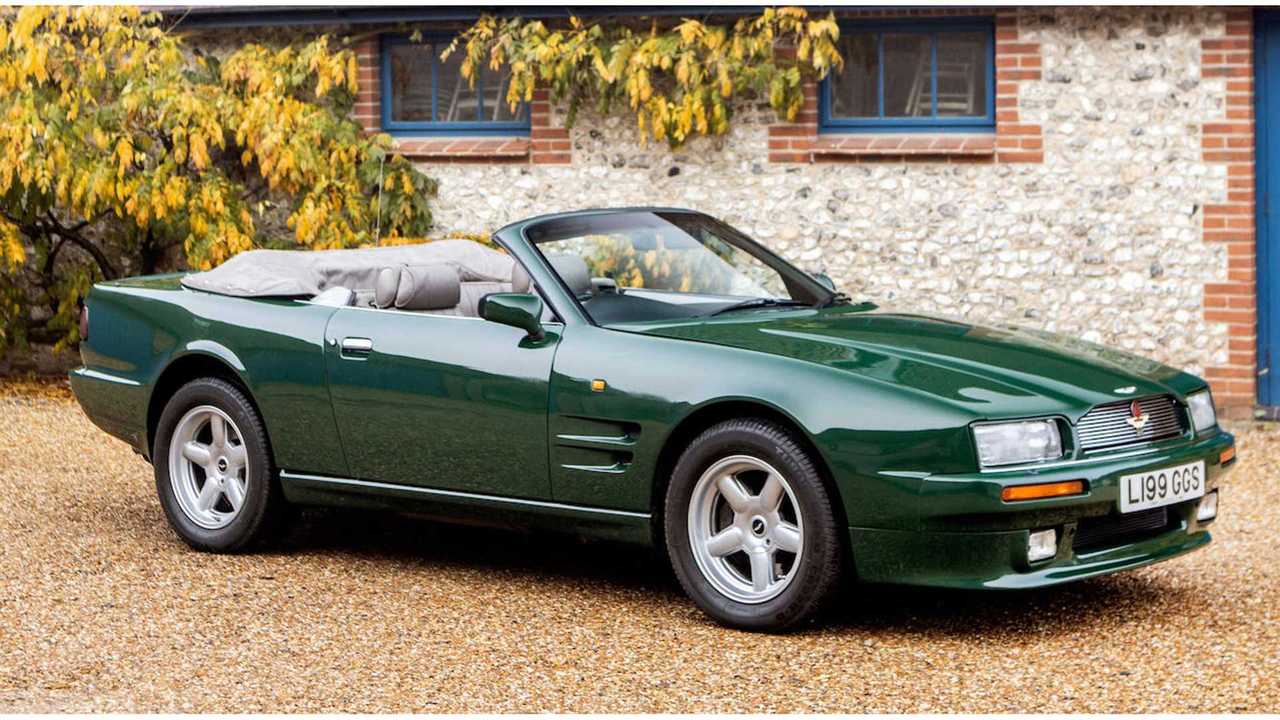 This car represented a unique chance to own a piece of British Royal history.

You know an auction titled The Bond Street Sale hosted in London is going to feature some serious British motorcars, and Bonhams didn't disappoint. Among the lots from this auction was a 1994 Aston Martin Virage Volante formerly driven by Prince Charles – a car probably can't get any more British then a British Racing Green Aston Martin with British Royal ties!

This 1994 Aston Martin Virage has a unique and well-documented history as it was owned by Aston Martin and leased to Prince Charles from 1994 through 2008. After 2008, the Virage then headed back to Gaydon, England where it was displayed at Aston Martin's headquarters until 2012 when it was auctioned off – again through Bonhams – for £119,100 ($156,421 USD), and it has been with this owner ever since.

Because it pays off to be the Prince of Wales, this is no ordinary Virage. For starters, this car was equipped with the Works Service conversion replacing the Virage's factory 5.3-liter V8 with a bored and stroked 6.3-liter V8 that produced 500 horsepower, but unlike all other examples of these Works cars, Prince Charles' was unique since it didn't have the wide-body conversion. A police radio had been installed on the car when it was in service with Prince Charles (although it was later removed), and other exclusive modifications include a second rearview mirror most likely for security personnel riding in the passenger seat as well as a unique leather-trimmed container in the center console to house sugar cubes for the polo horses.

On top of everything else, this car is in immaculate condition with just 34,864 miles (yes miles, not kilometers) showing on the odometer, and it was definitely a highlight of Bonhams' The Bond Street Sale.

What’s It Like To Drive The Queen Mother’s Jaguar V12 Sovereign?