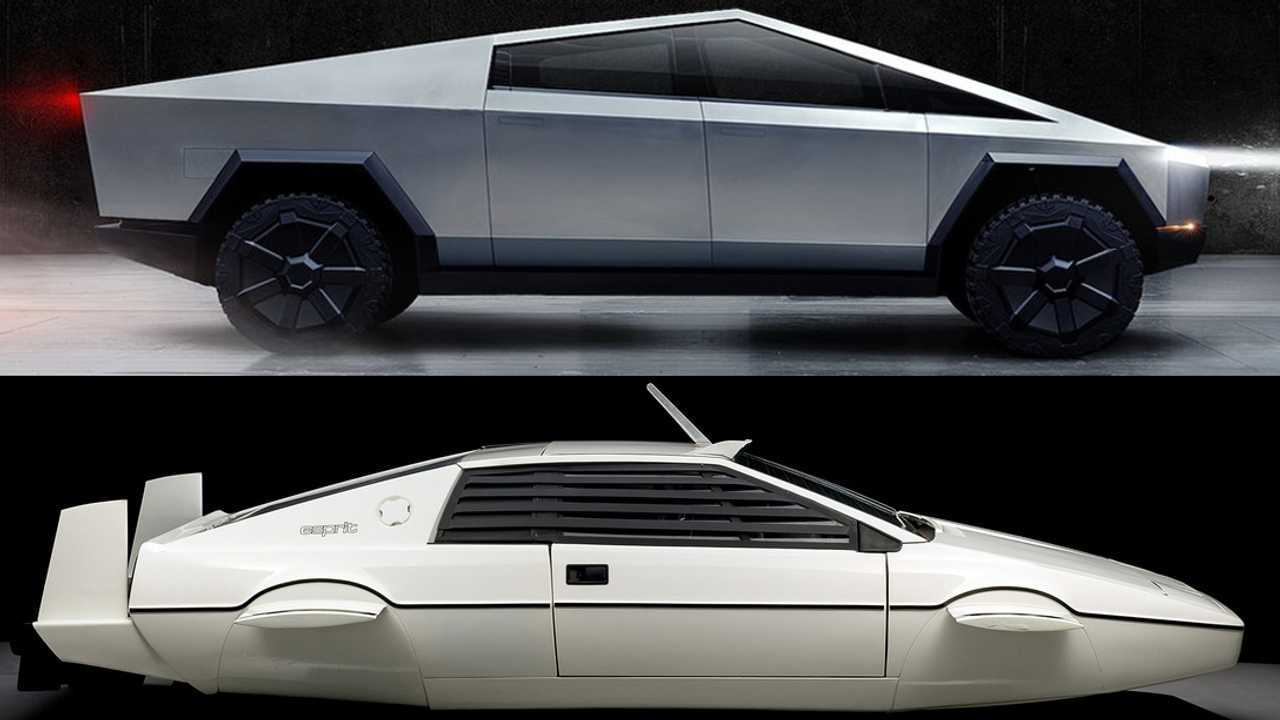 The story behind Elon Musk's Lotus Esprit submarine is about as unbelievable as the Tesla Cybertruck itself.

The Tesla Cybertruck has been in the news cycle almost nonstop its debut thanks to its wacky, unconventional design, and while many jokes have been made about the truck's design origin, Elon Musk tweeted where the inspiration "partly" came from: the transforming 1976 Lotus Esprit submarine car from the 1977 James Bond film The Spy Who Loved Me.

You can see the car in action in the video below, but the most interesting part of this Lotus is the story on how it went from the movie set in the '70s to Elon's personal collection in 2013. This prop car – affectionately known as "Wet Nellie" – doesn't actually transform as it does in the movies, but it is said to be a fully functional submarine with a water-tight cabin, four propellers and ballast tanks. After being used on the set in the Bahamas, this wheel-less Lotus was shipped to the U.S. for promotional purposes being displayed at the New York Auto Show as well as in Cleveland, Chicago, Denver and Los Angeles.

Following this promotional tour, Wet Nellie was unceremoniously retired in a New York storage unit where it sat until 1989. According to CNBC, that's when a couple from Long Island bought the contents of the storage unit at a blind auction for $100, and even after discovering the Lotus, they still didn't know what they had just bought.

Fast forward to September 2013 when this same couple entrusted RM Sotheby's to auction off the James Bond Lotus in London (fittingly), where it sold to a secret buyer for £616,000, which is around $800,000 USD today – that's quite a return from a $100 investment! As it turns out, the secret buyer ended being Elon Musk. And just in case you haven't seen it yet, here's a gallery showing the 2022 Tesla Cybertruck in all it's, um, beauty(?).