Watch This Retro Review Of The 1991 GMC Syclone 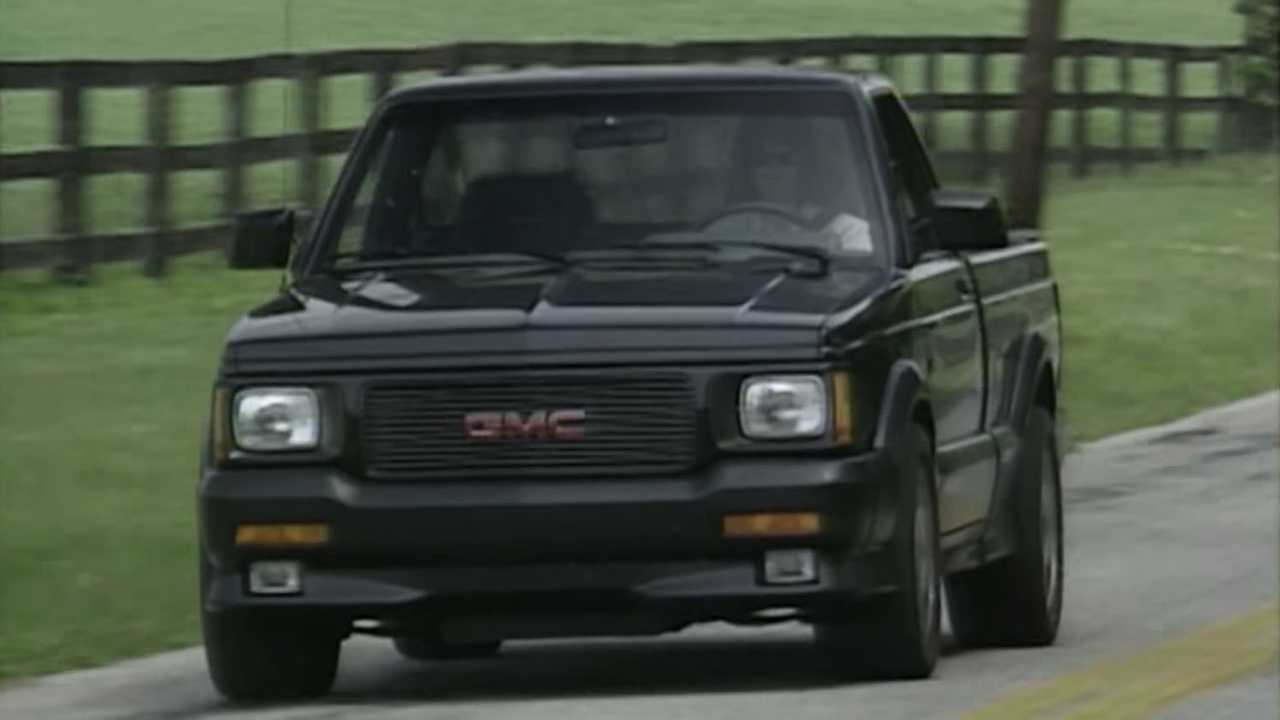 A retro video review of the then-new '91 GMC Syclone.

Based off the GMC Sonoma pickup, the 1991 Syclone was ahead of its time as the first factory-built truck built strictly for performance and street legal. Check out this Retro Review video from the early '90s from when the GMC Syclone was first introduced.

Available only in monochrome black, the '91 GMC Syclone featured an aggressive appearance with the help of a deep front air dam and integrated fog lamps. The chassis was lowered for improved handling and a menacing stance, but it was also equipped with a special ground effects package that had it almost kissing the pavement. A set of 16-inch alloy wheels were placed on all four corners and came wrapped with Firestone Firehawk low-profile rubber, a tire not normally found on any pickup truck.

Sure, the truck had a sinister aesthetic, but it has the bite to back up its bark. Even auto publications compared the pickup's acceleration to that of a Corvette and a Ferrari. Stuffed inside the engine bay is a turbocharged 4.3-liter LB4 V6 engine with an output of 280-horsepower and 350 lb/ft of torque. All of that torque is shifted via a 4L60 four-speed automatic transmission and into a full-time 4-wheel-drive system. Quicker than most cars of its time, the Syclone sprints from 0 to 60 mph in 5.4 seconds on a 90-degree day. On cooler days, the truck could likely accomplish the same feat in under five seconds. Even more, this performance pickup can conquer the quarter mile in 14.1 seconds at 98 miles per hour, not much slower than the Corvette ZR1 of the same era. Equipped with disc brakes up front and drum brakes out back, the Syclone brakes from 60 mph to 0 in 116 feet.

Open the doors to the Syclone and it has a very untruck-like interior with a leather-wrapped steering wheel, firm cloth-wrapped bucket seats, and plenty of power accessories. The gauge package embedded in the dashboard was adapted from a Pontiac Sunbird GT, and it features a volt meter and a turbo boost gauge. It also was given a standard AM/FM/Cassette player radio.

Only 2,995 GMC Syclone pickups were built in 1991, and only 3 were built for the 1992 model year. Brand new, the truck was priced at $25,500, a price below other sports cars. In fact, the truck had no direct competition as it was in a playing field all its own.