How One Of NASCAR's Original Tracks Almost Became A Permanent Fixture 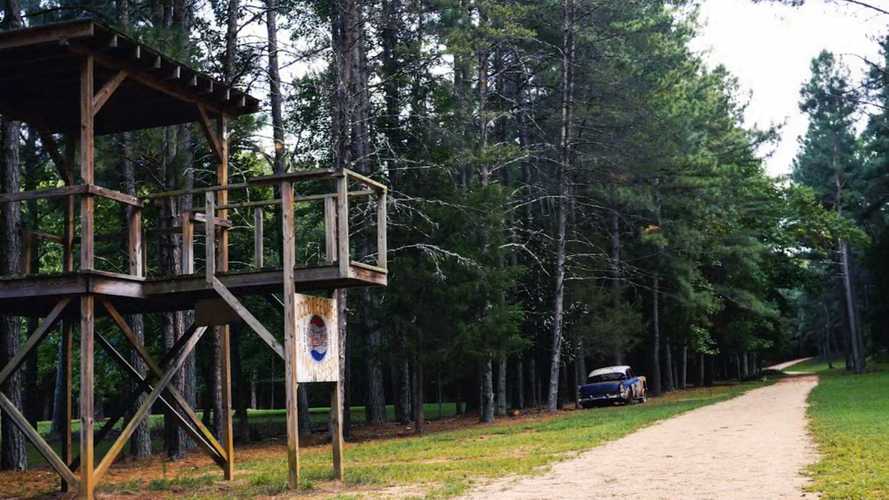 Occoneechee's demise paved the way for the Talladega Superspeedway.

The Historic Occoneechee Speedway holds the distinction of being the last remaining dirt track from NASCAR's inaugural 1949 season, but it could have been much, much more. Constructed in 1948 on the grounds of a former horse racing track in Hillsborough, North Carolina, this speedway helped open the door for NASCAR's future with longer tracks and higher speeds, but Bill France wanted to turn this track into a superspeedway similar to Daytona, which opened in 1959.

Unfortunately for Occoneechee, local officials turned the idea down signaling the end for the mile dirt track. France and NASCAR took this idea to Alabama where 2.66-mile Talladega Superspeedway was built. Ground was broken on Talladega in March 1968 just months before Richard Petty took the checkered flag at Occoneechee's final race. Talladega opened in 1969, and it is still the longest and one of the most exciting tracks on the current NASCAR circuit.

After 1968, the track fell into disrepair before being acquired by a preservation group in 1997. It was added to the National Register of Historic Places in 2002, and the Historic Speedway Group brought back the track and grandstands to its former glory in 2006. Gene Hobby, who formerly raced at the track, is part of the Historic Speedway Group, and he gives some interesting facts about the track's past including a first-hand experience about what it was like to crash at Occoneechee.

Today, the former track is part of a hiking trail system that connects to Downtown Hillsborough as well as a nearby nature preserve. Hikers can walk along what used to be the track's racing surface, which currently resembles little more than a dirt back road, where cars used to reach speeds of up to 120 mph.