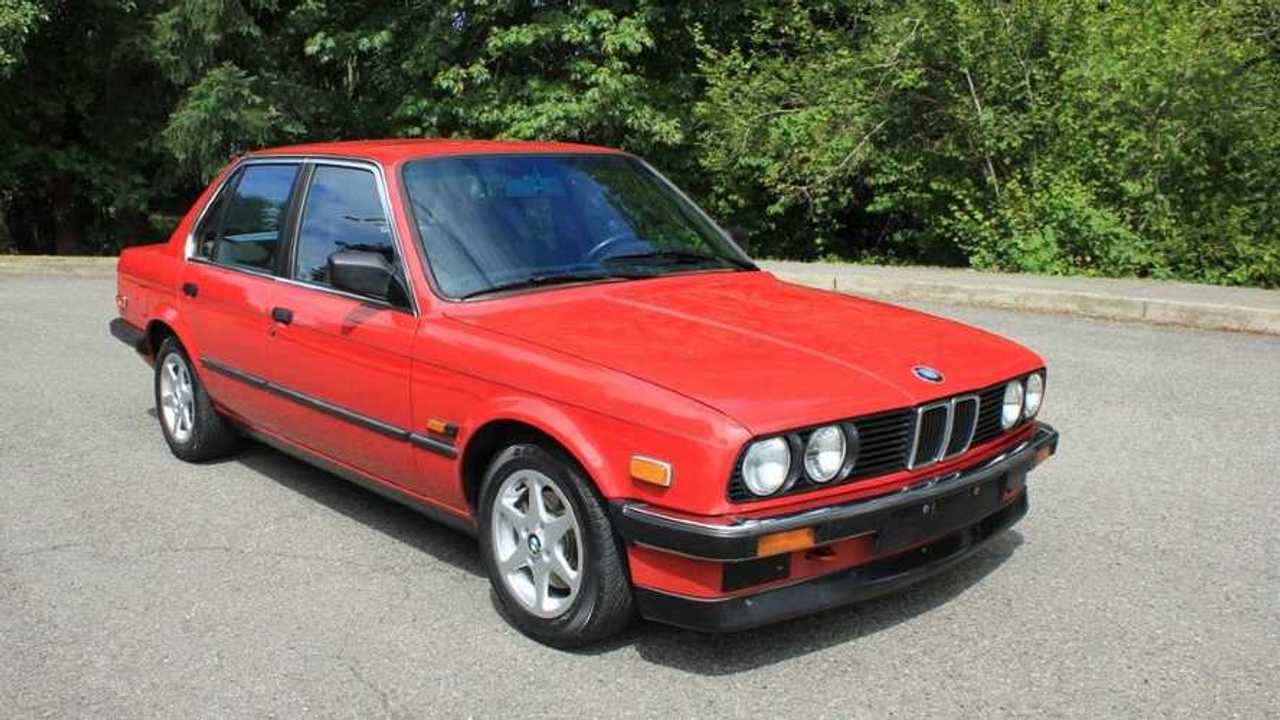 If you’re on the hunt for a sleeper from the 80s, this 1986 BMW 325e M-Class Sedan could be the perfect fit. Admittedly, the car looks like it’s anything but fast, but it’s packing some serious upgrades to get your heart hammering in an instant. This hot little ride is heading to auction soon.

Someone really put some and serious money into this BMW E30. Under the hood is the legendary 3.2-liter S52 inline-six engine with an M50 intake manifold bolted up. It’s claimed the owner dropped over $10,000 on the motor, which is believable. It should produce a wicked amount of power and pull hard through the rpm range. The driver gets to control how high to take the revs using a G260 5-speed manual transmission, plus an S52 clutch kit for a short shifter. Speaking of revs, you’ll love how they make the Racing Dynamics headers and 3-inch exhaust with MagnaFlow muffler sound.

That kind of potent performance for this BMW is juxtaposed with the rather unassuming yet very tidy exterior. The red paint has a nice shine and doesn’t show any major damage. Overall, the look is pretty factory-correct, with the exception of 14-inch Borbet Type C wheels, making the sedan appear pretty docile, just like a real sleeper.

For the most part the interior is stock and doesn’t hint at what you’ll find under the hood. Simple window cranks, factory cloth seats with houndstooth inserts, hand-crank sunroof, and a Period Blaupunkt AM/FM cassette player deck add to the quaint setup. However, there’s an M-Tech I steering wheel and aftermarket shifter to hint at something more.

Already you’re thinking this is a unique car, and it is, but the fact it was imported from Germany to Texas back in December of 1985 makes it even more interesting. The car is legal to drive on public roads, with the second owner acquiring it in April of 2017. Now it’s time for someone else to enjoy all it has to offer. It will be auctioned by Premier Auction Group, so contact them if you have questions.

Hear The Story Of This Rolls-Royce Rat Rod