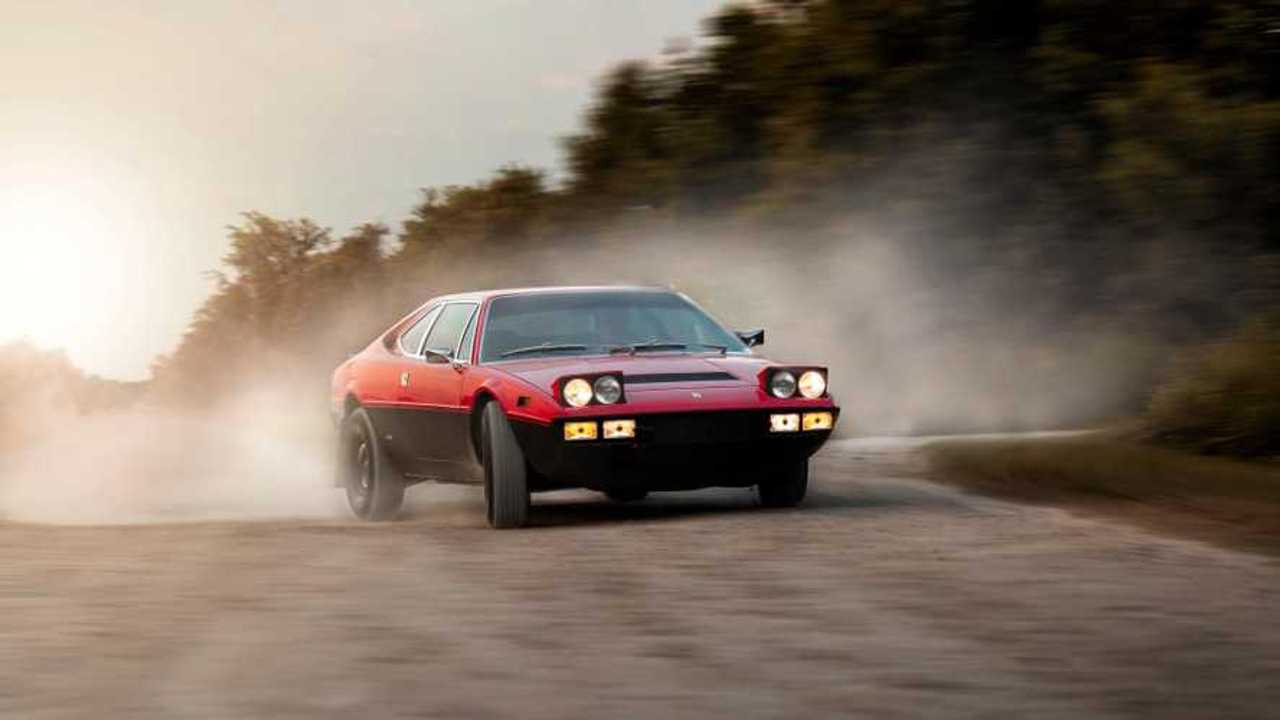 If you thought the 911 Safari was wicked, then check out this rally-spec Ferrari!

When it comes down to it, all Ferraris were designed for one thing, and that's to dominate the competition on the track. That track is usually racetracks running up against Lamborghinis and Porsches, but this custom 1975 Dino 308 GT4 has a different kind of track in mind – the dirt track! Custom built by Speed Digital client, DriverSource of Houston, Texas, this Dino 308 GT4 has been built up to full rally spec, and it’s heading to auction on Saturday, November 23 at the Worldwide Auctioneers Riyadh Auction Salon.

Fresh off its $26,000 conversion, this car was transformed from a rare Dino 308 GT4 into a one-off, all-terrain Ferrari. Remarkably, it doesn't look like extensive body modifications were required for this Dino to achieve Safari status, but it was beefed up with a redesigned front bumper with exposed driving lights and custom clevis mounts. The rear of the car received a similar reinforced bumper, custom fiberglass mud flaps and that totally awesome whip antenna! Custom 15-inch steelies were created for this build, and they come wrapped in somewhat meaty VR-rated tires allowing this Dino to balance traction and high speeds.

The Dino 308 might be one of the most awkwardly designed Ferraris ever produced, which is why this jacked-up safari treatment works so well on this car.  The increased ride height was accomplished from coilover shocks, and the increased ride height helps make the Dino's long wheelbase look more palatable. That long wheelbase is a product of this car's 2+2 design, but this 308 Dino GT4 was equipped with the rare factory-delete rear seat option. This might be the only Ferrari out there with a CB radio, and for racing purposes, it's also equipped with four-point racing harnesses and a fire extinguisher.

What's even more special about this 1975 Dino 308 GT4 is that it's all original with a numbers-matching engine, transmission and even body panels! Positioned behind the passenger compartment, the Dino 308 GT4 was powered by a 3.0-liter V8 with four Weber carbs allowing for 255 horsepower, and it was mated to a five-speed manual with a magnificent gated shifter.

The 308 GT4 was marketed under Ferrari's Dino sub-brand until 1976 when it finally received the iconic Prancing Horse badge, but we're sure Enzo's son never envisioned his idea for a mid-engine sports car could look like this!