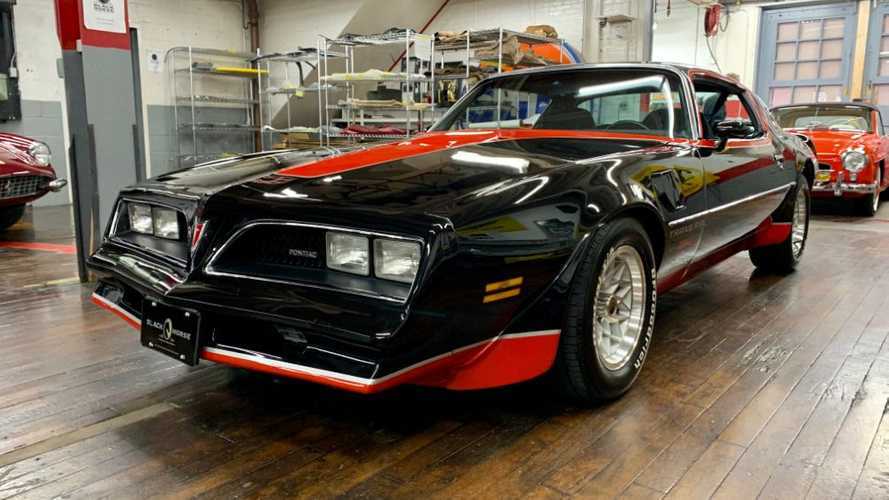 In 1977, brothers Dennis and Kyle Mecham began giving the “Yenko” treatment to Trans Ams under the name DKM. The offspring of a Phoenix-area Pontiac dealer, they had access to brand new Trans Ams without issue. Boasting enough performance knowledge to reinstate the power lost due to growing emissions equipment on the factory cars, they began adding turbochargers and, by the next year, had evolved to completely rebuilding the powertrain.

In 1978 an official DKM brochure read, “If you insist on viewing the rear of a Macho T/A we welcome you to buy your Corvette, Camaro, or Porsche.” That year only 204 of these rare Trans Ams were available, and you’re looking at a documented example of one.

Performance upgrades to the Macho Trans Am were made to take the performance to the next level in performance, quickness, and handling characteristics. They were given upgraded intake manifolds, a better carburetor, shocks and springs meant for handling, and the snowflake wheels were bigger and wrapped in bigger tires. Along with significantly improved handling, the upgrades added up to around 30-percent more horsepower.

Mecham Macho #78-104 is an important dealer ordered Trans Am that has every factory performance option and comfort upgrade available, and is paired with a four-speed transmission. It’s even equipped with factory air conditioning, power windows, power locks, a tilt steering wheel, and a remote outside mirror. “It is probably one of the most highly equipped Tran Am's that Mecham Design Performance ever delivered,” according to Black Horse Garage.

The car was initially purchased in Arizona, and was eventually sold in Colorado - since the Arizona sun had taken its toll on the paint, it was professionally repainted in the early 2000s. A letter of certification from Mecham Design Performance is included with the car that verifies it’s not only a Macho Trans Am, but the important #78-104.

Check it out here.