Hunker Down In This 1947 Ford T16 Universal Carrier Army Tank 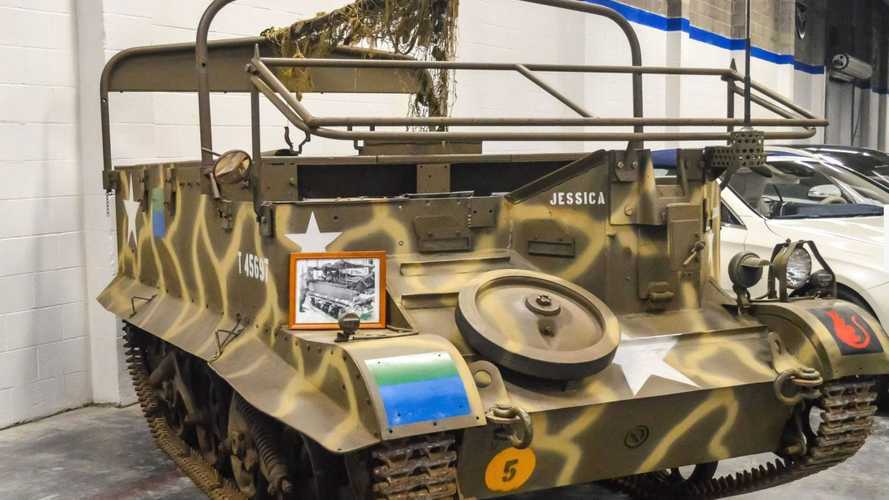 This tank can blaze the mountain trails at 30 mph!

Ford of Canada produced an American-built version of the British "Universal Carrier" tankette. None of the Carriers were issued to the U.S. Army, but 19,193 were provided to allies through Lend-Lease. After the war, many were sold to Switzerland and other countries. The Vault is pleased to announce the opportunity to own this solid 1947 Ford T16 Universal Carrier Army Tank for yourself as it crosses the virtual auction block.

To avoid discrepancy with the British, the original designation of Cargo Carrier was dropped and the American version was dubbed the Universal Carrier. To tell it apart from the British version, the American vehicle featured a different engine, steering system, simplified hull design, redesigned suspension, and track. The British version was equipped with a two-wheeled Bogie and single independently sprung wheel on each side, while the T16 featured a 2 two-wheeled bogies per side with the springs facing opposite directions. Even more, the T16 featured a conventional controlled differential and steering opposed to the British version with a steering wheel and track bending system.

This camouflaged tank is ready for some fun on your property or put to work. It goes about 30 miles per hour on mountain trails meaning that this tank is no slouch. Take the family for a ride through the trails and impress the neighbors with this legit tank from the '40s complete with camouflage livery. According to the listing it has a 1,200 lb. specified payload.

So, if you are looking for a '47 Ford T16 Universal Carrier Army Tank, your search may be over. This vintage tankette is ready for a new home and to take on the mountain trails like a boss. Your kid will probably think this is the coolest thing they have ever seen, so go ahead and acquire those parental cool points. The tank is listed at $45,000, and it is heading to virtual auction here at The Vault so feel free to create an account and place your bid.

Own A Legendary 1990 Chevy Corvette ZR-1