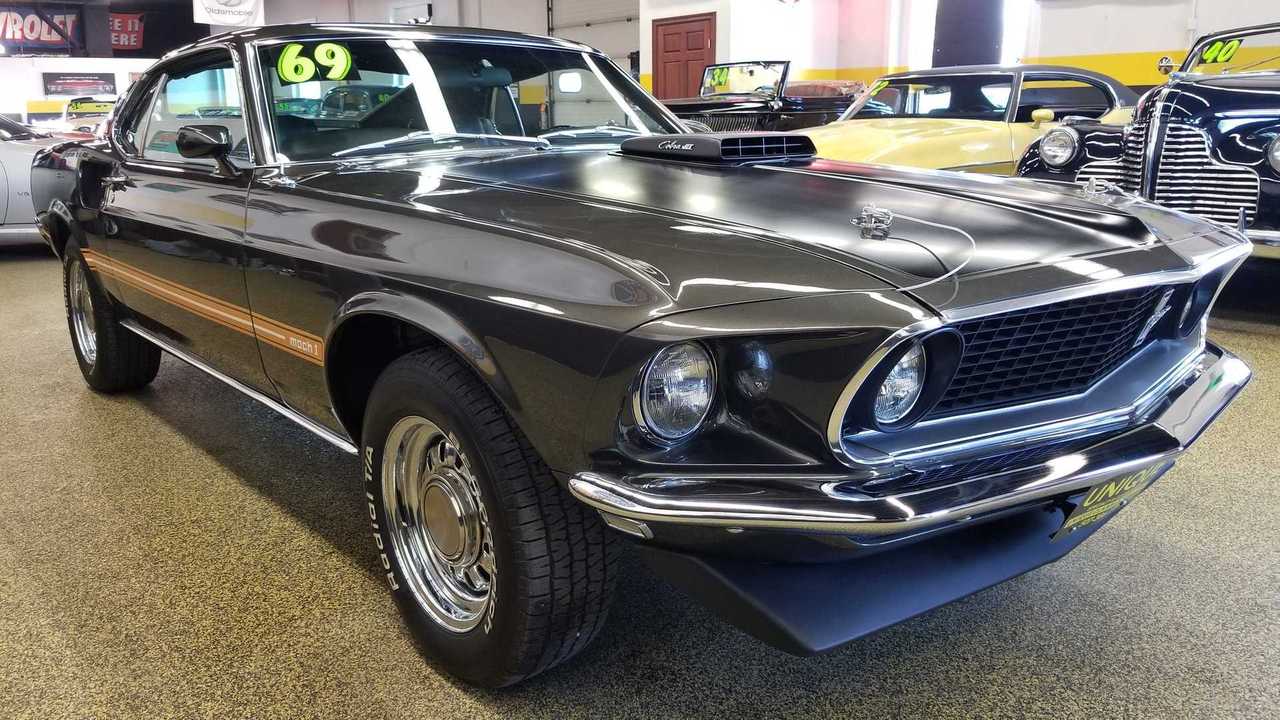 It has the looks to kill and the engine to back it up!

In order to revamp the image of the Mustang, Ford gave it a complete restyling for 1969, and the top dog of this newly revamped model was the 1969 Ford Mustang Mach 1 Super Cobra Jet. The Mach 1’s livery worked in perfect conjunction with the new lines and longer body that was introduced in 1969. This particular example is one that got the magical 428 cubic-inch engine upgrade, over the stranded 351cid V8, and also gets the goods that come along with the top tier Super Cobra Jet trim.

The 428 Super Cobra Jet version was offered as a Drag-Pack option. It utilized a shaker hood scoop, temperature decreasing engine oil cooler, modified crankshaft, and stronger connecting rods for high-end revving. The powerful engine was backed by a four-speed manual transmission that fed into a limited-slip rearend.

This setup was underrated by Ford with an estimated horsepower rating of 335-horsepower, but independent dyno tests have debunked many of the manufacturer’s horsepower ratings during this time - the automakers practiced underrating for various reasons, including insurance rates for their customers, and emissions practices.

It is rated as having 440 lbs/ft of torque, which means the horsepower rating is more likely in the 400s as well. To back this up, the car was capable of sprinting to sixty miles per hour in just 5.7-seconds, and was capable of covering a quarter-mile in just 13.9-seconds at 103 miles per hour - those are modern performance figures!

This example from Unique Specialty & Classic Cars is confirmed by the VIN (9F02R127133) to be a true Super Cobra Jet Mach 1. It underwent a frame-ff, rotisserie restoration back in the early 2000s, and no detail was overlooked. The Mach 1 was restored back to the condition it left the assembly line in originally, and will make a great driver’s car, or addition to your show car collection.