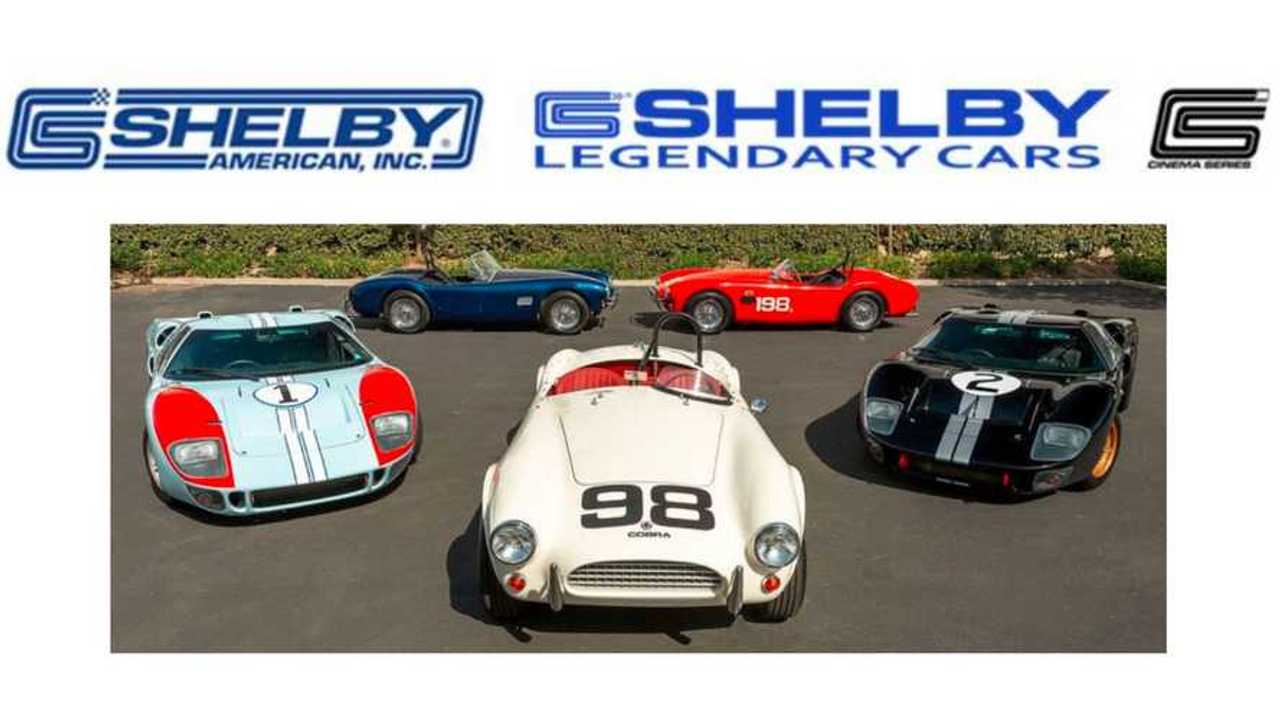 Can you really blame them?

With the movie Ford v Ferrari finally hitting theaters across the nation, Shelby American is looking to cash in on interest from the film. The automaker has announced it will be launching a “Cinema Series” of vehicles to celebrate iconic cars from the big screen. First up, of course, are some Shelby Cobra roadsters, Shelby Cobra Daytona Coupes, and Ford GT40s like what viewers will see in Ford v Ferrari.

Three different versions of the Shelby Cobra will be for sale: a blue 1962 Carroll Shelby edition which is based on CSX2000 and is first shown with Shelby behind the wheel, a red 1963 Dave MacDonald edition which is patterned after one driven by Rich MacDonald in the film, and a white 1963 Ken Miles edition based on the first street models converted for track racing.

Customers will have two choices for the Shelby Cobra Daytona Coupe’s looks. One is exposed aluminum like the original racers, while the other is a more modern fiberglass. Either one comes with the exact same livery as CSX2299.

Each vehicle in this new Cinema Series will be based on what Chris Amon, Ken Miles, Denny Hulme, Lloyd Ruby, Dave MacDonald, and Carrol Shelby drive in the film. Full documentation will be included with them, so when owners are ready to sell later they can prove the authenticity of their ride.

Production of this first batch of Shelby Cinema Series cars will be limited to just 100 units. That’s for the global market, so don’t expect these vehicles to be common by any stretch of the imagination. It’s a wise move, because that scarcity will maintain them as special.

This first wave of vehicles in the program are impressive. Specifically, the Shelby Cobra roadsters included will have the CSX8100-8199 serial number, while the Daytona Coupes will bear CSX9199-299. Both Mk. I and Mk. II Ford GT40s will be included with the CSGT40-P series chassis number.

Many collectors should find this news to be music to their ears. After all, getting your hands on one of the original vehicles is quite difficult, so a reproduction from Shelby American could be a viable alternative. Customers buy the rolling chassis from the company, which uses the exact same specs for them as the cars featured in the movie. From there the new owner can have a powertrain of their choosing installed.