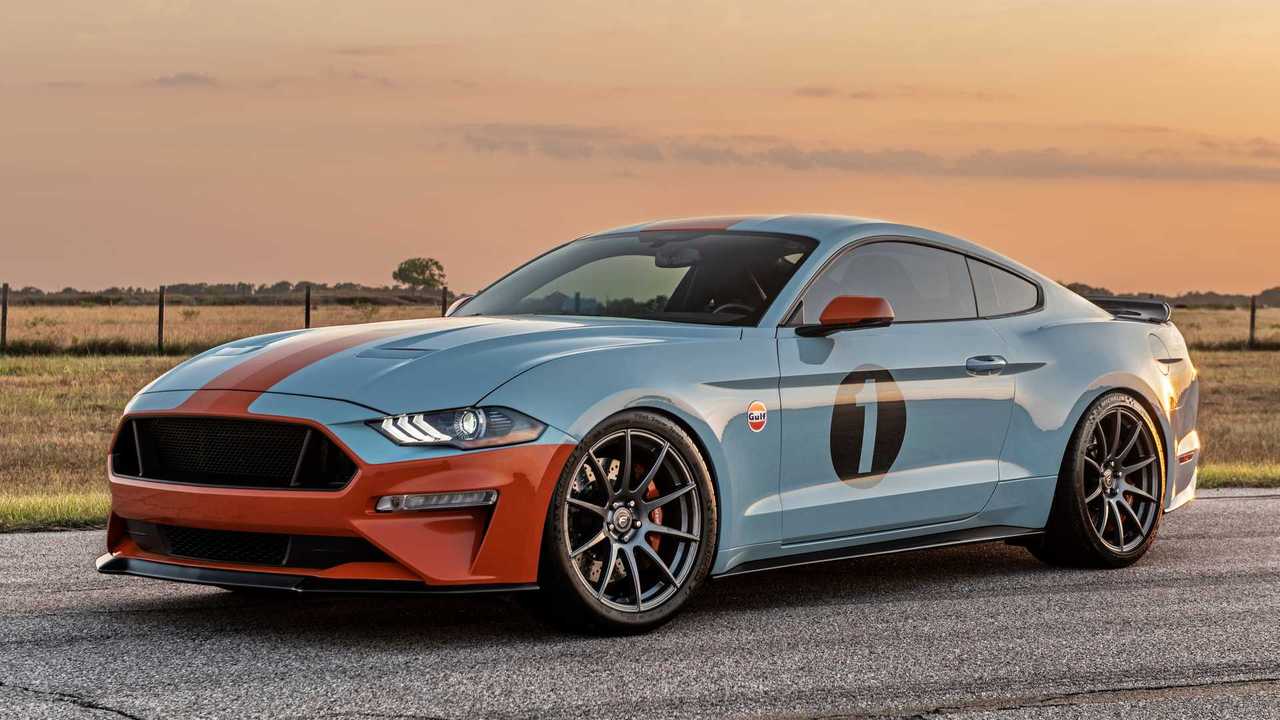 With production limited to 119 units, act now if you want a tuned Mustang with modern performance and classic styling.

Following Ford's introduction of the 760-horsepower 2020 Shelby GT500, the floodgate appears to have opened when it comes to high-powered tuner 'Stangs. We've already covered the 2020 Jack Roush Edition Mustang, and now Brown Lee Ford of Morrison, Tennessee has released their own officially licensed Mustang, the Gulf Heritage Mustang. Introduced during the 2019 Monterrey Car Week, the limited-production Gulf Heritage Mustang was created in conjunction with Gulf Oil to celebrate 50 years since the Ford GT40 won the 1969 24 Hours of Le Mans wearing these iconic colors.

Based on the 2019 or 2020 Ford Mustang GT, the Gulf Heritage Mustang straps a Whipple supercharger atop the 5.0-liter Coyote V8 as well as upgraded fuel injectors, high-flow air induction system and an air to water intercooler, which all helps produce an astonishing 808 horsepower and 677 lb-ft of torque. This upgrade is available on either the six-speed manual or the 10-speed automatic, and it helps rocket the Mustang from 0-60 mph in 3.3 seconds in addition to a quarter-mile time of 10.7 seconds at 132 mph. These cars have received special chassis dyno tuning as well as upgraded Brembo brakes with massive 15.1-inch rotors front and rear.

Being an officially licensed Gulf product, this Mustang can proudly wear the recognizable Gulf Oil livery consisting of the light blue body and orange racing stripe. The body has also received aerodynamic modifications including a front splitter and side sills made from carbon fiber, and a rear spoiler and unique rear diffuser for added air flow and downforce. The car's sporty styling is finished with 20-inch alloy wheel with a gunmetal finish, which are wrapped in Michelin Pilot Sport Cup2 tires. The interior features more of Gulf Oil goodness with a custom leather and Alcantara cabin available on the Mustang's standard or optional Recaro bucket seats.

If you want one of these Gulf Heritage Mustangs from Brown Lee Ford, you had better act fast. The dealership is only building 119 examples of this supercharged Mustang, and each one will be priced at $139,995. Sure, it costs more than a factory-built Shelby GT500, but it offers gobs more power and it's available with a manual transmission!

Trash Ferraris In This CAV GT40 In Gulf Livery

Race To This GT40 MKI With Gulf Livery