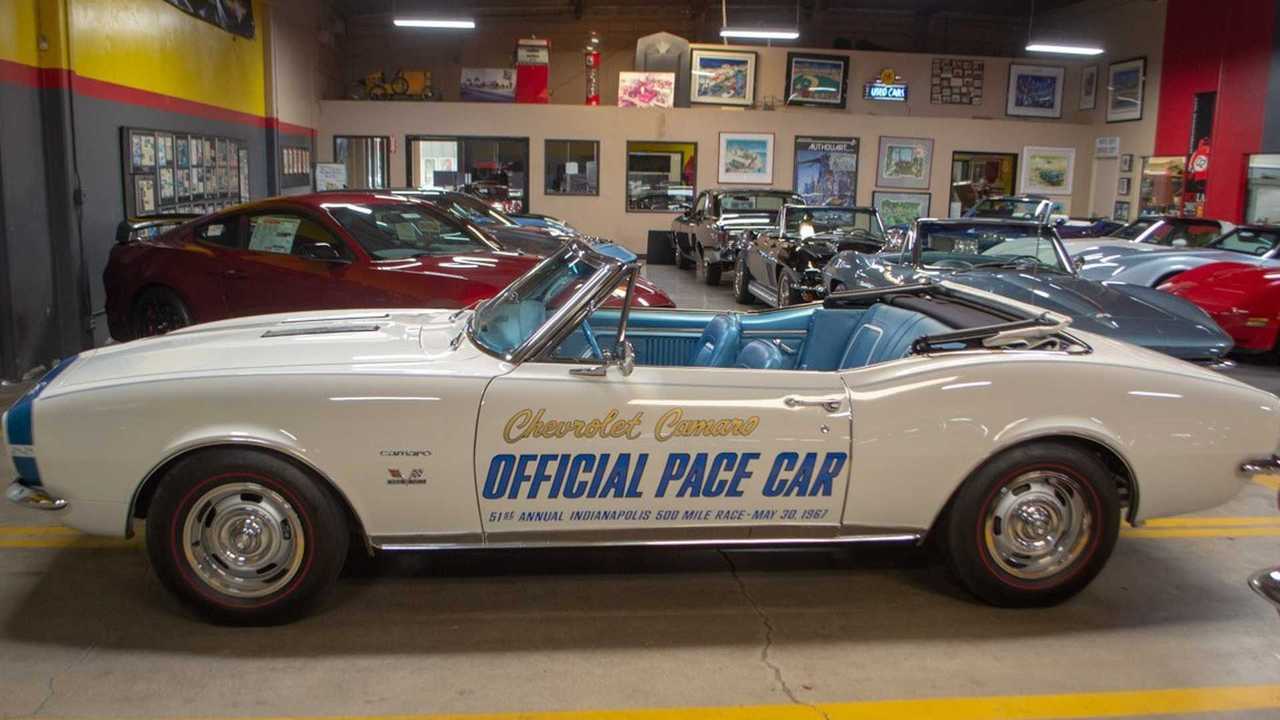 When a legit Camaro Pace Car isn't good enough, get one signed by the race's winner.

Pace car replicas are always a challenge in the collector car world because sometimes they can be hard to authenticate, but what you're looking at here is a legit, real-deal 1967 Chevrolet Camaro Pace Car. Reported production numbers are mixed, but it's believed that a total of 103 of these Camaros were created including the three actual pace cars used during the race. This particular being sold by Corvette Mike is an extremely rare example due to its unique build combinations, recent rotisserie restoration and one very special modification, and it can be yours for $99,000.

Right from the start, this Camaro is a rare piece being just one of four pace cars built with the 325-horsepower, 396 CID V8, and this is still the car's original, numbers-matching engine with its tried-and-true four-speed manual gearbox. But that's not all that makes this car rare. The glove box door was signed by none other than the winner of the 1967 Indianapolis 500, racing legend A.J. Foyt!

The 1967 Chevrolet Camaro pace cars were all convertibles loaded with the RS/SS equipment and painted in Ermine White paint with a blue nose stripe, a white soft top and a blue interior. The only real way to recognize a pace car from a fake is by decoding the car's cowl tag found under the hood and riveted to the firewall especially in regards to the build date and paint code. This car's "04A" (April '67) build date puts it in the correct time frame, while the "0-1" paint code indicates the special Ermine White paint. The "732-Z" is another indicator, which signifies the Bright Blue bucket seats.

If you're looking for an incredibly rare car that is sure to win high-level car shows, head on over to the Corvette Mike page to learn more about this amazing 1967 Chevrolet Camaro Pace Car that is listed for $99,000. In addition to a wide variety of Corvettes for sale, there's a vast selection of non-Corvettes to peruse as well.

Own A Piece Of Pace Car History With This Incredible Camaro