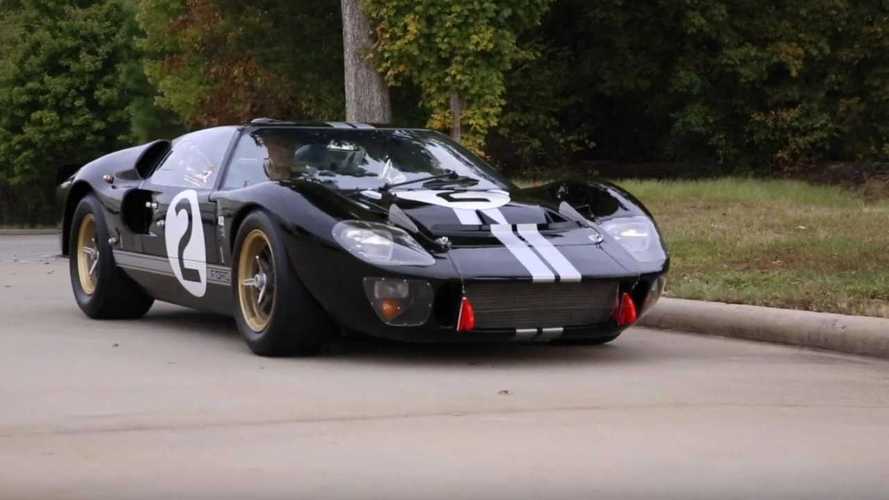 With the release of the Ford V Ferrari movie nearing, interest in the Ford GT40 is absolutely skyrocketing. The Wall Street Journal recently profiled the 1966 Ford GT40 Mk. II P/1046 owned by Rob Kauffman of RK Motors. It was one of the three cars to dethrone Ferrari at the 1966 Le Mans. How it ended up in Kauffman’s hands is a story worth telling.

In his interview, Kauffman talks about accidentally stumbling across the legendary race car. After passing through several owners’ hands, it was a restorer working on one of Kauffman’s vehicles which told him about the GT40 Mk. II maybe being up for sale. Once Kauffman found out it was chassis P/1046 he started to pursue the race car.

It was the first one of the Ford GT40 Mk. IIs to cross the finish line at the 1966 24 Hours of Le Mans, which was why Kauffman was so interested in owning it. A restoration which consumed over 5,000 hours got the Ford racer looking just as it did before starting that storied race.

Owning such an historic vehicle certainly comes with benefits. As Kauffman told The Wall Street Journal, “in 2018, I took the car back to Le Mans and ran it on the track, which was pretty cool.”

All this attention is getting the story of Ford running Ferrari out of endurance racing out to the general public. While enthusiasts and motorsports fans have known the tale for some time, it’s something novel to most people these days.

As The Wall Street Journal pointed out, the victory was also a matter of patriotism. It was the first time an American car had ever won Le Mans outright, and Ford swept the podium, crowding the dominant Ferrari out.

Thanks to the meticulous restoration of chassis P/1046, the legend of the 1966 Le Mans Ford GT40 Mk. II lives on and can be enjoyed by future generations. In fact, the car was at the premier of Ford V Ferrari, sharing the red carpet with the star actors. Be sure to watch the video above to completely appreciate the beauty of this classic Ford.

Meet The Cars From 'Ford v Ferrari' At The Petersen Museum