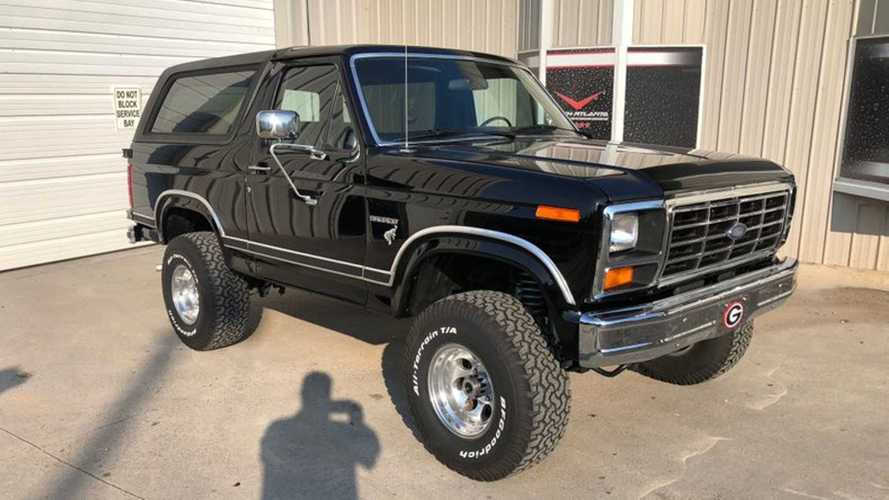 Is that too much for a base-model, third-gen Bronco?

Classic Ford Broncos have been in high demand for awhile now, but with the impending launch of the all-new 2021 Ford Bronco next year, the market for these SUVs seems to be heating up even more. You don't have to look much further for proof than this 1983 Ford Bronco.

While clean and extremely straight, this Bronco is about as stripped-down as you can find one of these third-gen bodies with a six-cylinder engine under the hood and it's even more basic on the inside. Despite an option list that would appear to be budget friendly, this Bronco sold for a whopping $23,500 at the GAA Classic Cars event last weekend.

The cool thing about this truck is how stripped down it is. The rubber flooring and vinyl seats are almost something you'd expect from a an old police car or municipal vehicle, but the base engine and manual transmission are not very common for government vehicles. Under the hood is Ford's 300 CID straight-six engine, and this is paired to a four-speed manual transmission. There's not much information to go off of for this truck, but the odometer does show around 36,000 miles; while it isn't clear if these are actual miles, the overall condition of this SUV might suggest so.

The body appears to be clean and straight, and it looks like the only modifications made to this Bronco are a slight lift to go along with aftermarket wheels and meaty BFGoodrich All-Terrain T/A tires. It's still wearing the stock bumpers and it even has the factory body side moldings. Inside, it looks like there's an aftermarket stereo and lockable center console, but everything else looks surprisingly clean.

This 1983 Ford Bronco was auctioned off by GAA Classic Cars as part of a 650-vehicle auction event that ran from November 7th though the 9th.