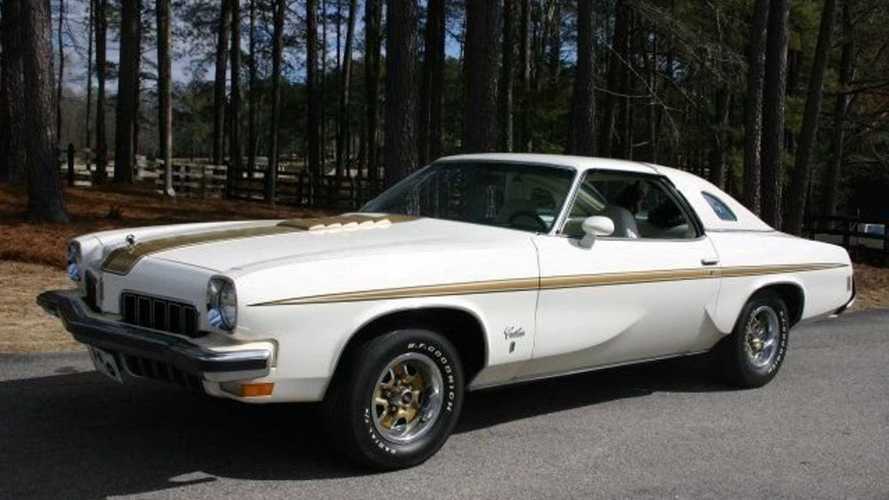 Place your bid on one of just 1,097 Hurst Olds ever made.

Some may argue that the early 1970s were the end of the American muscle car era thanks to spiked gas prices and federal mandates in the automotive industry to improve safety and emissions. That didn't stop America's automakers from producing big-engine cars including the Oldsmobile Cutlass. A Hurst package was added to just 1,097 Oldsmobile Cutlass S cars. Raleigh Classic Car Auctions and Direct Sales is offering the perfect chance to snag a rare 1973 Oldsmobile Cutlass Hurst when it heads to auction Friday, December 6th.

Under the hood is a L75 455cui V8 engine equipped with a special W45 camshaft and backed by a Turbo Hydra-Matic 400 transmission. Other mechanical highlights include the 3,000-rpm stall-speed torque converter and 3.08 gear ratio rear axle. This American muscle car features power front disc brakes to bring everything to a halt, and power steering to ensure easy navigating and turning. Handling is provided by the rally suspension that features front and rear anti-roll bars, sturdy shocks, and stiffer coil springs, and it also came with Hurst Super Air Shocks.

The Hurst edition Olds Cutlass cars were available in either black or white. This fine example is finished in white and features painted gold accents that Hurst is known for. There's also no denying the model as Hurst emblems can be found inside and out. The cars were offered with a Landau-style vinyl padded top in either black or white to protect the roof while adding to its exterior aesthetic, and smaller custom quarter windows were added to the Hurst editions. Super Stock III wheels sit on all four corners and are wrapped with the original, rare BFGoodrich Lifesaver radial T/A rubber. Even more, it comes with a never-used spare tire. Chrome tail pipes can be found peeking out from the rear bumper. Open the doors to an immaculate interior complete with leather swivel seats, factory air conditioning, and a Hurst Dual-Gate shifter.

If this is the rare and unique '73 Oldsmobile Cutlass Hurst you have been searching for, contact Raleigh Classic Cars today. This classic is headed for the auction block on Friday, December 6th at the NC State Fairgrounds Expo Center and Jim Graham Building in Raleigh, North Carolina. Make sure you register to bid here online or in person.