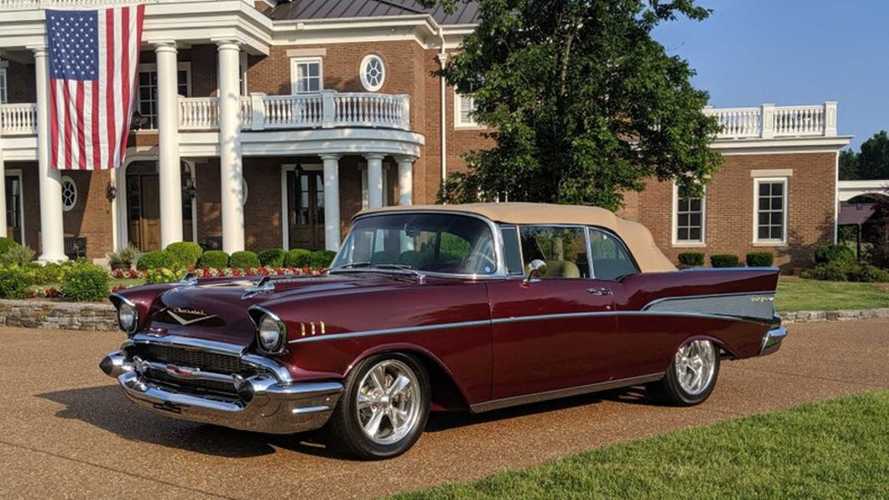 All 46 cars were sold at no reserve.

There were plenty of exciting cars that crossed the GAA Classic Cars auction last week, but the George Shinn Collection definitely provided an impressive mix of new and old classic and collectible cars from all automotive eras.When the hammer dropped on this collection on Saturday, all 46 cars ended up selling for a total of $1.98 million with the top-selling car being the gorgeous 1957 Chevrolet Bel Air restomod shown above.

George Shinn amassed some solid talent when he formed the Charlotte Hornets in 1988 and later moved the team  to New Orleans in 2002, but his collection of cars might be even more impressive than his basketball teams.In a pre-auction interview, the self-proclaimed gear head says that he ran out of room with "a little over a hundred cars" in his collection, which is why he chose these 46 vehicles to send to new homes.

This collection was an eclectic mix of 46 cars that were mostly from the '20s through the '70s with some cool late-model cars sprinkled in as well. There was an obvious focus on Chevrolet muscle cars and sports cars from the '50s and '60s including nine Tri-Five Chevys. Shinn admitted that his favorite classics were these Tri-Fives, and that definitely showed in his collection ranging from a base Chevy 210 to a Chevy Bel Air stock car to the aforementioned '57 Chevy restomod. This Bel Air convertible has a stunning burgundy paint job with a tan top and a fully custom interior. Under the hood is a 410 CID V8 providing plenty of power, while the Art Morrison frame, coil over shocks and Foose wheels makes this classic ride like a modern muscle car.

Some of the other cool cars that found new homes on Saturday include the 1969 Camaro COPO tribute and the 1970 Mach 1 Mustang as well as more unique vehicles like the 2004 Corvette converted to look like a late C1 'Vette and the 2013 Dodge Challenger R/T mimicking the 1969 Dodge Charger Daytona with its aero front end and massive rear wing.

Here's the full list of cars that were auctioned off from the George Shinn Collection:

George Shinn Talks About His Vast Car Collection Up For Auction