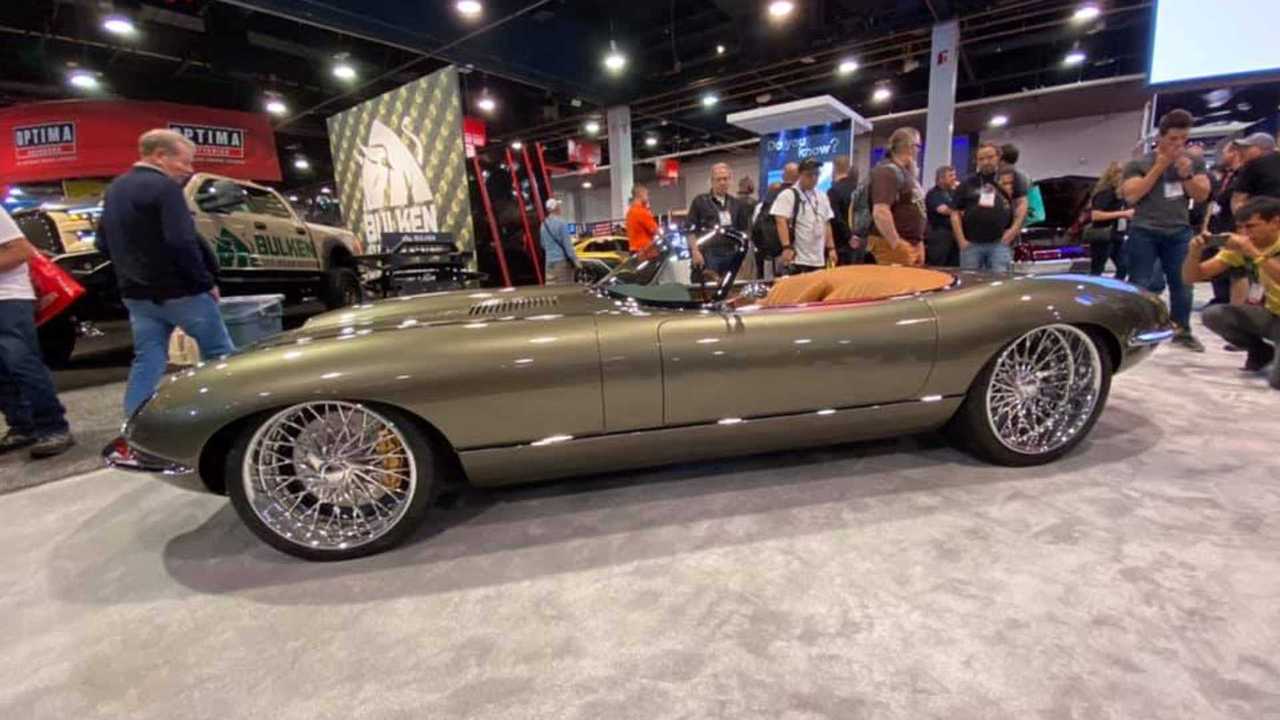 The custom car was created for SEMA 2019.

Even what has been widely considered one of the most beautiful production cars ever, the Jaguar E-Type, can be improved upon by someone with great skill. In this case the skilled one is of course Chip Foose, the cool Californian people like to watch on Overhaulin’. He rolled into the 2019 SEMA Show in Las Vegas with this restomodded 1974 Jaguar E-Type that has people talking.

Whether you’re a diehard Jaguar fan or absolutely hate the brand, it’s obvious this Foose-designed E-Type is one sexy machine. Built for an unnamed customer (hopefully not Kevin Hart), the build took more than two and a half years to complete. But as is always the case with Foose’s work, immaculate details and an overall sense of sleekness abound.

The Green Sand body looks about as smooth as it could ever be, which for clarity is really smooth. Just about every body panel has been modified, but one of the most notable changes is the hood scoop. You’ll note the rear looks different, thanks to the trunk lid being stretched by around five inches, the taillights being Frenched, and the rear fascia featuring a more tapered design.

When you look closely at the fine details, that’s where this build really shines. For example, the headlight bezels were crafted by hand from brass, as were other trim pieces like the windshield frame. Deserving special attention are the custom CNC wheels, which put a twist on the old wire knock-offs it originally wore.

To the untrained eye, the car interior looks to be factory spec, but it also features a flurry of modifications. Being a dedicated proponent of simplified design, Foose removed most of the switchgear and the padded topper from the dash, leaving just a gauge cluster, Jaguar badge, and a chrome strip. There’s also a modern sound system with a head unit tucked away from view.

Of course, purists will be angered by the many changes made by Foose and his crew. But perhaps the most maddening modification is the Chevrolet 6.2-liter V8 under the hood, supplying a stout 525-horsepower. At least Chip Foose gets if you’re going to break the rules you should go fast doing it.