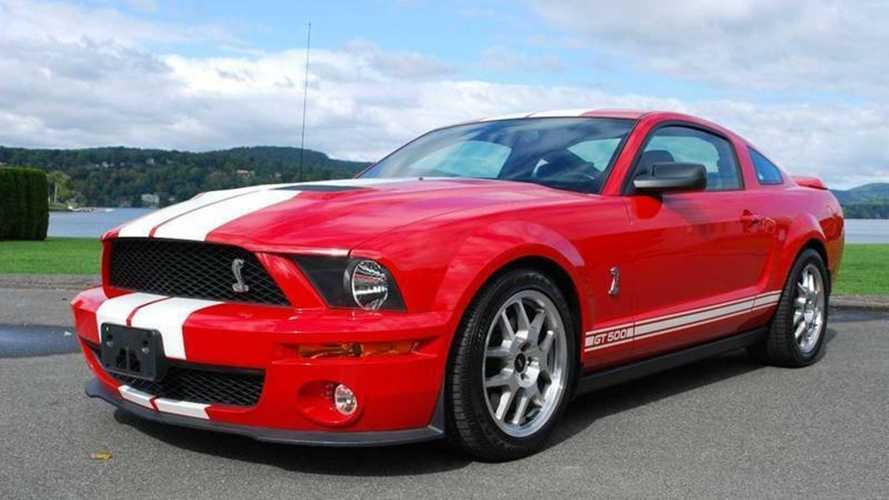 Out of 6 cars used in the Will Smith movie, this is the only example that didn't have a date with the crusher.

Those unfamiliar with the movie I Am Legend may have been living under a rock. Based off the 1954 novel by Richard Matheson, the blockbuster movie I Am Legend debuted in December of 2007 and was the seventh-highest grossing film of that same year. In the movie, Smith is the only survivor due to being immune to a virus originally created to cure cancer, but instead the virus wiped out most of the entire human race in plague-like fashion while turning the survivors into violent nocturnal mutants. Set in New York City, Smith plays US Army virologist Robert Neville who navigates the Big Apple fending off human monsters awhile searching for a cure with his German Shepherd sidekick. There is no denying that this movie is also popular among car enthusiasts because it also features a then-new 2007 Ford Mustang Shelby GT500.

Car enthusiasts may be ecstatic to hear that that the actual '07 Shelby GT500 Mustang used in the film is now listed on eBay and looking for a new owner. In immaculate condition, this Shelby Mustang has been stored indoors in the production company's personal collection until now. Even better, the car only has about 6,000 miles on the clock.

While a total of 6 of these cars were used for the movie, this is the only remaining I Am Legend Shelby GT500 to exist. After wrapping up production, Ford sent the remaining five cars to the crusher. This particular car was actually driven by Will Smith during the movie, as well as being used for beauty shots.

The Shelby GT500 has been maintained and serviced meticulously since brand new, and it comes with the full certification showing its authenticity. Not only was this Shelby Mustang featured in the hit movie, it also has been featured in several magazines and publications as an iconic movie car. Even Hagerty listed it as one of the Top 10 Movie Mustangs of all time.

If you're looking to own the actual movie Mustang from I Am Legend, here's the perfect chance. Listed with a Buy It Now price of $150,000, go ahead and place your bid before time runs out.

Be Bold With This 1982 Chevy Camaro

Bid On The Coolest 1962 Chevrolet Biscayne You'll Ever See