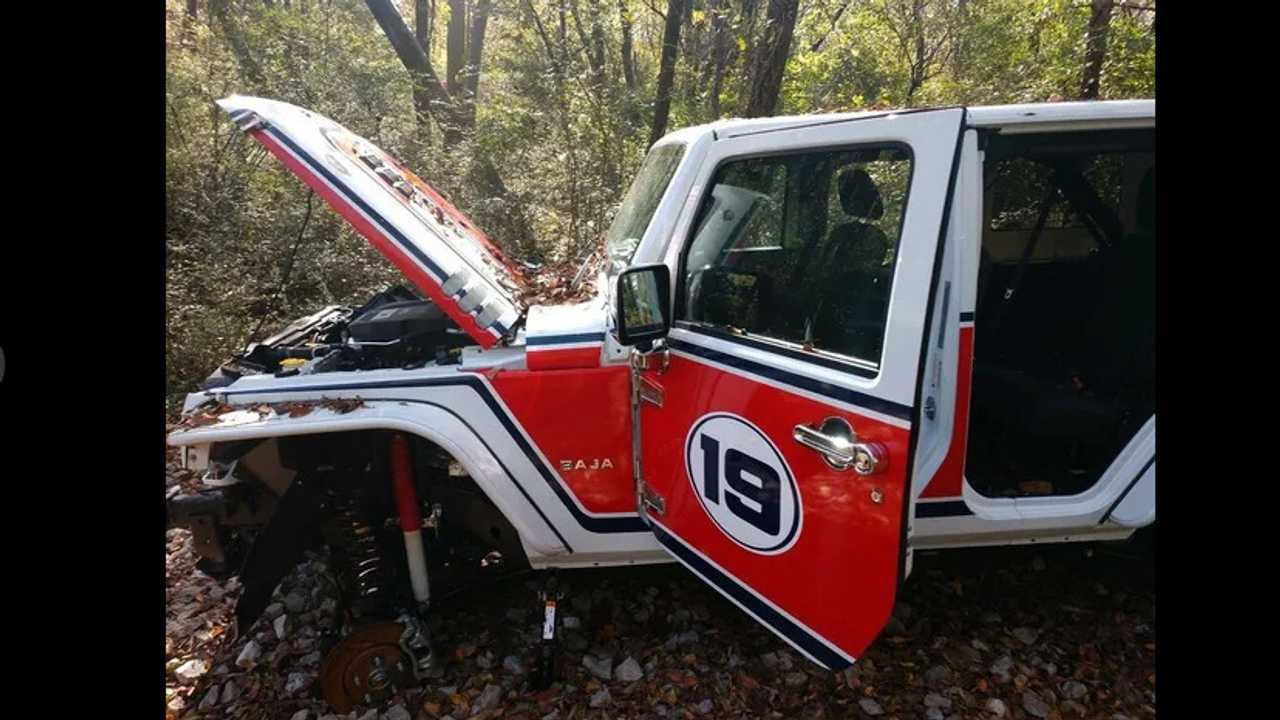 Both vehicles were stripped and abandoned in a wooded area, and one suspect is still being sought.

The Chattanooga Police Department has located both custom SUVs stolen from the Austin Hatcher Foundation last month, but as expected, the modified 2018 Ford Explorer Sport and 2018 Jeep Wrangler Unlimited were stripped of many the custom parts. Both vehicles were found abandoned in a wooded area, and police are still searching for one additional suspect.

In place of the Wrangler and Explorer, the foundation just announced earlier this week that it will unveil a similar custom build at the 2019 SEMA Show based on the all-new 2020 Jeep Gladiator Rubicon. This truck will be auctioned off in place of the two custom SUVs at the Leake Auto Auction in Scottsdale in January 2020.

On October 21st, the charity announced on Facebook that the two SUVs had been stolen from its Education Advancement Center's secured warehouse by thieves who had snuck under the fence, broke into the warehouse and eventually located the keys to steal the SUVs. As evident by the damage on the recovered vehicles, the Explorer was apparently used to ram through a locked gate causing significant damage including the roof carrier and the factory roof rails were torn from the vehicle. Both SUVs are extremely unique in terms of body modifications and paint jobs, and they were going to be auctioned off by Leake Auto Auction.

The Wrangler and Explorer were both insured, but only to the extent of a standard vehicle; it doesn't cover the upgraded parts or the time and energy that these families put into both vehicles. Parts stripped off the Wrangler include the rear doors, bumpers, roof rack and rock rails, while the Explorer is missing its wheels and some interior components; the Explorer's roof rack was damaged during theft and was located on the scene.

Last year, the foundation partnered with aftermarket Jeep parts supplier Rugged Ridge to create a unique JK Wrangler Hurst Jeepster Commando tribute, which raised more than $225,000 for the charity through Leake Auto Auction. It first crossed the auction block in November 2018 in Dallas where it raised over $150,000 both through bids and various charitable donations, and then back in June of this year, it was auctioned off again in Tulsa raising another $75,000. There's no doubt the custom Explorer and Wrangler would have raised similar money as the Hurst Jeepster Commando tribute.

On top of the vehicle theft, the organization's trailer was destroyed, a fence was destroyed and some vehicle parts were damaged. The SUVs were designed and built by pediatric cancer patients and their families as part of the foundation's therapy and recovery program.

If you see either vehicle (or any of the unique parts listed for sale online) or if you have any information as to the theft of these vehicles, please call the Chattanooga Police Department immediately at (423) 698-2525.

Peter Max Corvette Collection Being Raffled Off For Charity