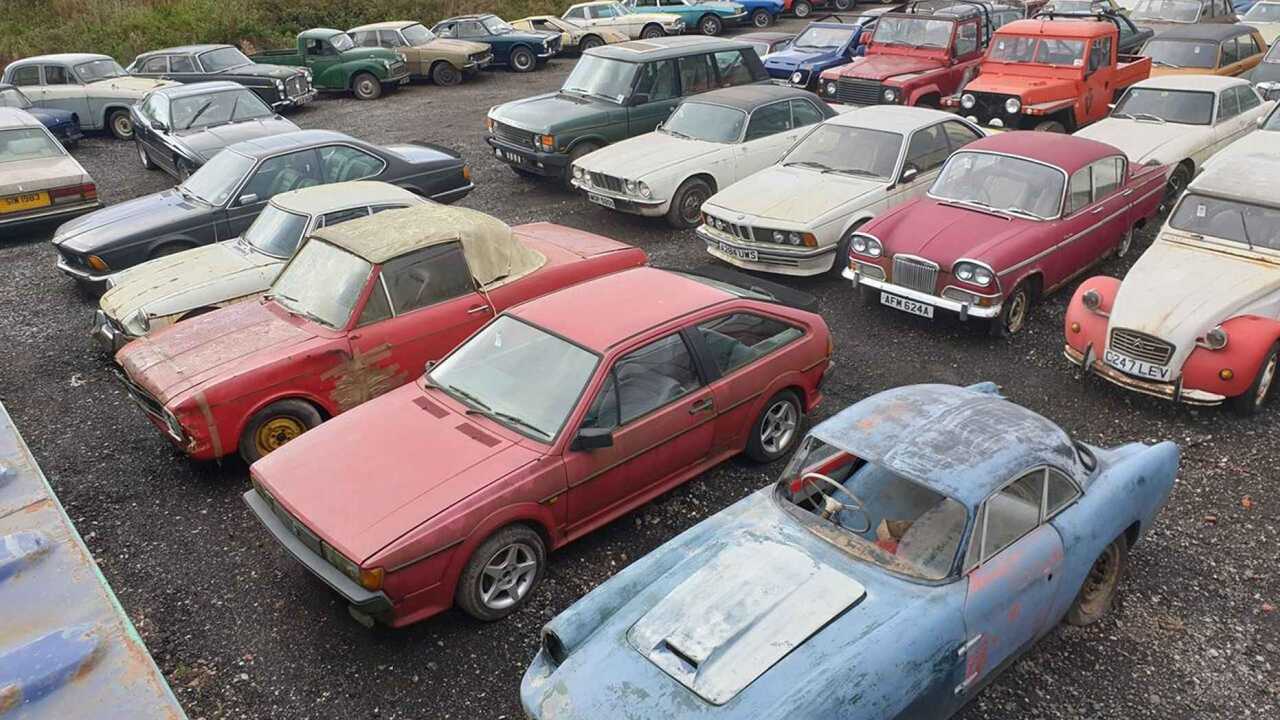 The cars discovered range from domestic to foreign from the early 1900s to as late as the 1990s.

With each passing year, it seems like barn finds are becoming ever more common. Classic vehicles stowed away for one reason or another just to be uncovered years later collecting decades of dust in a barn or rotting away in a field. This time, 135 vintage cars were discovered in numerous barns around a property in Preston, Lancashire that was recently sold for redevelopment. That's right, a staggering 135 cars were found in a barn on the property. The collection went to auction yesterday through NCM Auctioneers.

The massive collection featured mainly British and French classic vehicles, but a few American cars were sprinkled in such as a 1923 Ford T-Bucket hot rod as well as a vintage Dodge. The eclectic collection of cars ranged from the early 1900s all the way to the '80s and '90s. According to NCM Auctioneers, these vehicles were recovered from hibernation and all transported to the auction site to find new homes. Each one was sold "as is" without any inspection, appraisal, documentation, or warranty.

For many car enthusiasts, this is a treasure trove full of potential to restore some incredible vintage vehicles that have been left to rot for years, probably even decades. Of course most, if not all, of these cars require some much-needed TLC to get them back to tip-top shape, and there seems to be something that would appeal to just about any car enthusiast among the sea of rusted and not-so-rusted sheetmetal. Some would probably make fantastic donor cars for that project that has been sitting for too long. The auction ended yesterday, but that doesn't mean that another collection is awaiting to be uncovered somewhere out there. Make sure to keep those eyes peeled for any other barn finds or field discoveries because you may be able to snag something up for a decent price.

Porsche 911 RSR Recreation For A Fraction Of The Price