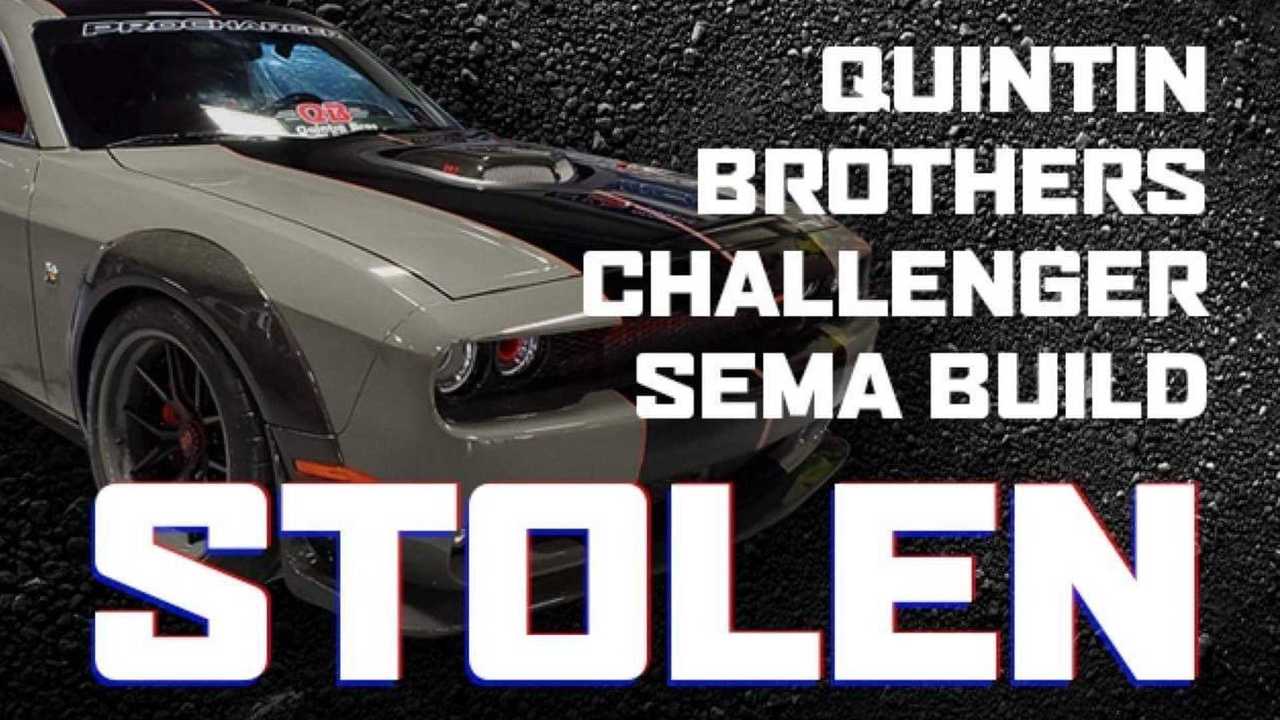 Built by Quintin Brothers Auto and Performance, the damaged SEMA car will be displayed as is inside the ProCharger booth while the suspect is still on the loose.

When this time of year rolls around, most people are wrapping up Halloween and diving head-first into the next rapidly approaching holiday. For those in the automotive industry, it means that the SEMA show has arrived. Plenty of time, money, blood, sweat, and tears go into making these top-notch cars displayed at the Las Vegas Convention Center.

One particular car that was ready for the big show was a Dodge Challenger built by Quintin Brothers Auto and Performance to be displayed inside the ProCharger booth. Unfortunately, the Ford F250 towing a trailer housing the Dodge Challenger were stolen a week prior to the big show. Even more unfortunate, the keys were inside the car locked in the trailer.

After reporting the car stolen, the hunt was on to recover it. ProCharger associates were bombarded with messages pertaining to supposed sightings of the stolen vehicle around the city of Las Vegas. While most thieves tend to keep situations like this on the down low, witnesses spotted these criminals performing burnouts with the stolen car in different areas around the city.

Police were able to locate the car, but no white flag was waved in surrender. In fact, the driver decided to take off on wile joyride with police hot on his tail. The suspect was chased inside a parking garage where he continued to climb the different levels, but he wasn't going down without a fight. With four police cars following close behind, he was eventually blocked in. That's when he decided to use the SEMA Challenger to ram into the police cruisers to break loose.

The driver was able to break away after using the custom Mopar as a battering ram. After that, he made it to the interstate where the number of police cruisers involved in the pursuit grew from four to 14. Somehow, the driver was able to ditch the cops and abandon the car in a parking lot before taking off on a bus as if nothing ever happened. Those responsible have not been caught and are still being sought after.

The Dodge Challenger took quite a beating during the ordeal, but it will be displayed as is at the ProCharger booth for the upcoming SEMA show from November 5th through 8th.

Feed The Monster With A 1976 Chevy Cheyenne Stepside