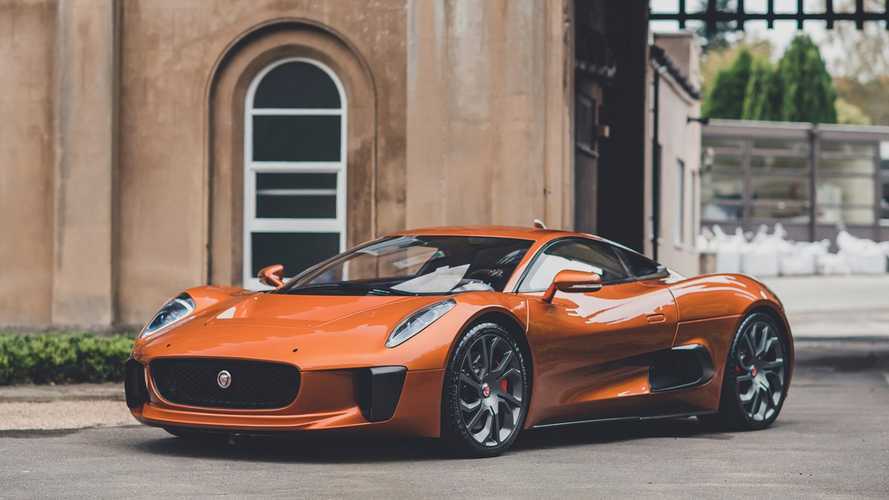 James Bond movies always have amazing cars and incredible chase scenes, and that was definitely the case with 2015's Spectre. If you watched that movie, you'll certainly recognize this orange Jaguar as the car that the villain Mr. Hinx (played by David Bautista) chased Bond through the streets of Rome only to be defeated the gadgetry of James Bond's Aston Martin DB10.

What you see here is one of the Jaguar C-X75 stunt cars used in the movie, and it will be up for grabs the RM Sotheby's Abu Dhabi auction event on November 30, 2019.

The C-X75 was introduced in 2010 to commemorate Jaguar's 75th anniversary and a more production-ready model debuted a couple years later. It was developed in conjunction with Williams Advanced Engineering (a division of William Formula 1 constructor),but sadly, Jaguar never built a production version of the C-X75.

When it comes to the C-X75s used in this movie, Williams was also tasked with building four matching stunt cars (as well as two additional cars). While the concept featured a plug-in hybrid (PHEV) powertrain with all-wheel drive, the stunt cars were rear-wheel drive and used supercharged V8s from the Jaguar F-Type. From the outside, these stunt cars look just like the C-X75 concept vehicle, but the chassis and suspension were beefed up for the chase scene and the interior resembled a race car.

This particular C-X75 stunt vehicle (chassis no. 001) was used as the a pod car – a stunt car that is driven from a pod atop the vehicle while the actor is filmed inside the car – for the movie's signature chase scene. After filming, this Jaguar was rebuilt to retain the car's original look, and it was used as a promotional vehicle in Mexico City. While there, it was also driven on the track by Felipe Massa before the 2015 Mexican Grand Prix.

Check out the full chase scene in the video below as the Jaguar C-X75 chases James Bond's Aston Martin DB10 through Rome.

Keep It Classy With This Very Original 1973 Jaguar E-Type