Why Do Criminals Love The Bronco? 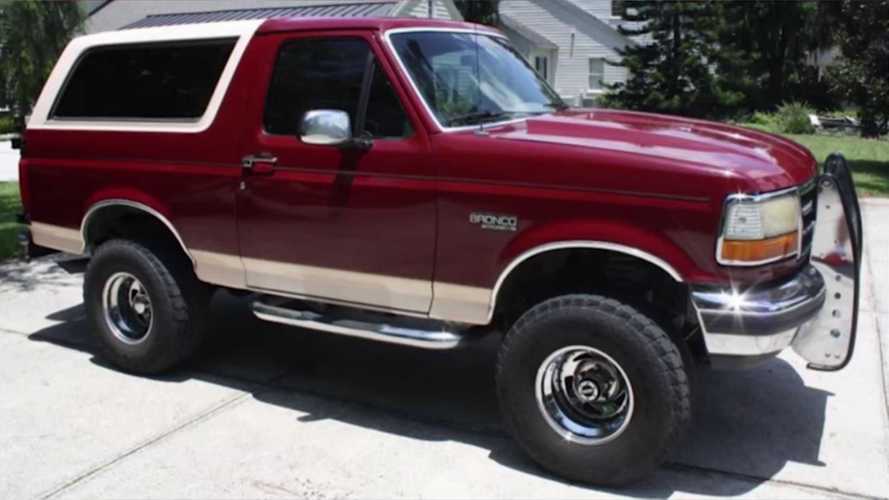 Don’t let this scare you away from a good American SUV.

We can thank OJ Simpson for making the Ford Bronco infamous, but he might have also cursed it. His getaway attempt forever tainted the reputation of what before was a lovable, no-frills off-roader. Call it the curse of OJ, because since then Broncos have been used in plenty of alleged crimes.

In the video above, Sean Kerr of YouTube channel Bikes and Beards shares an interesting story with VINwiki about a 1992 Ford Bronco Eddie Bauer he stored in an old barn along with other cars that needed work. He and his friends would go to the barn periodically to wrench on the different vehicles and hang out.

You can listen to the whole story in the video, but Kerr explains that one day he showed up at the barn and noticed in the backseat of his Bronco some women’s underwear and a leopard print miniskirt. Thinking some kids were fooling around back there, he threw away the clothing. It was only years later that Kerr realized a crime likely took place in the backseat of his Bronco. Perhaps a John killed a hooker? It would explain the trashy clothes and why they had just been left.

There’s really no way to be sure about exactly what happened inside Kerr’s Bronco, but it begs the question everyone is afraid to ask: do criminals just love Broncos? After all, OJ Simpson started it all with his pathetic attempt to flee from police in Los Angeles back in the day. Maybe criminals were inspired by the Juice’s choice of a getaway car.

Another possibility is that a Bronco allows you to blend in. They were common SUVs back in the day. Thanks to pretty tame looks, they don’t scream for attention. Also, Broncos have a lot of interior space, so you can do your dirty deeds and not be detected, as many a teen has discovered.

The reality is plenty of normal, law-abiding people love Ford Broncos. You shouldn’t be scared to get one, because they’re awesome to drive. But you might want to keep it locked up in a secure place, just in case.