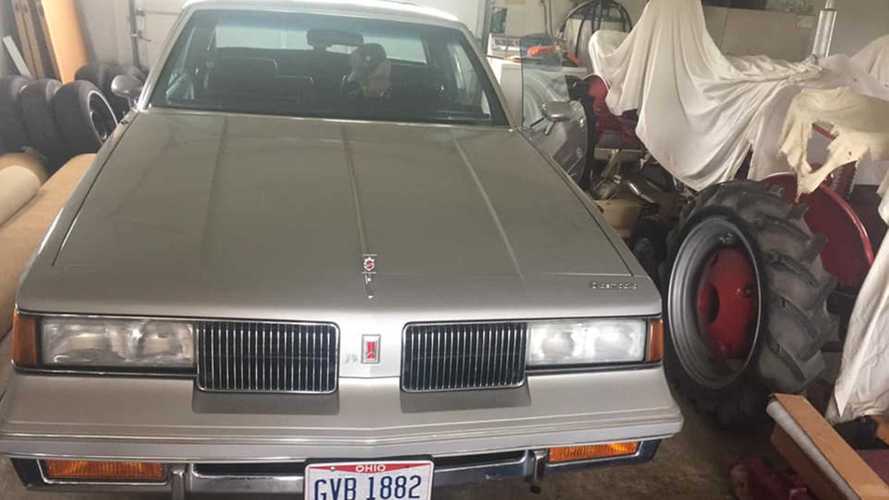 Super-low miles and a sky-high price.

In this current '80s-hungry market, is a practically brand-new 1988 Oldsmobile Cutlass Supreme Classic worth 2019 Corvette money? One seller from Cambridge, Ohio is aiming to find out as he listed what appears to be an immaculately preserved Cutlass Supreme on Facebook Marketplace for the jaw-dropping price of $50,000 (that's actually more than the sales price of some 2019 Corvettes as dealers unload their inventory ahead of the 2020 C8).

While the pictures attached to the listing are lacking in both quantity and quality, it isn't hard to see that this Cutlass Supreme is in excellent condition that seemingly backs up the fact that this car has always been garaged. The most interesting part about this car is that the odometer is showing just 557 miles, but with the five-digit odometer, it's hard to definitively say whether this is actual miles or if it has rolled over. The seller is claiming it to be original miles.

What the car has going for it is the fact that the 1988 model year was the end of the road for the rear-drive Cutlass Supreme, and this car and the Chevrolet Monte Carlo remained in production while the other G-Body cars (the Buick Regal and Pontiac Grand Prix) had already switched to the smaller, front-wheel drive replacements. Production estimates indicate that fewer than 30,000 Cutlass Supreme Classics were built for the 1988 model year, and the only engine offered that final model year was Oldsmobile's 307 CID V8.

There are quite a few '88 Cutlass Supreme Classics out there right now with prices creeping toward the $30,000 range, so maybe this guy isn't too far off with his $50,000 asking price as he states twice in the ad that he is "looking for the best offer." Of course, you could just always check out the inventory of Cutlass Supremes listed here on Motorious!