Greatest eBay Listing Of 2019? Or In All Of Human History? You Decide! 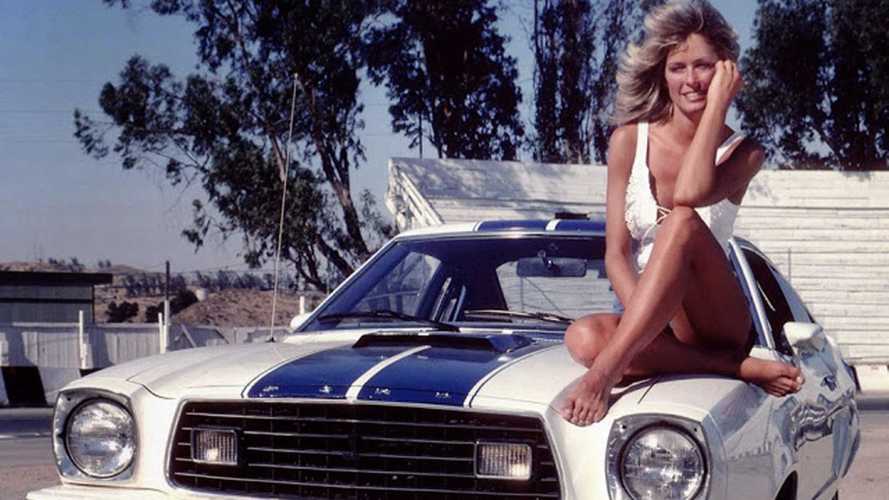 This clever eBay ad made our day!

Every once in awhile we come across a classified listing on the internet that makes our day. Since all we do is look at amazing specialty cars all day every day, you can imagine how high the bar is set to really knock our socks off.

Right on schedule to bring awareness to the upcoming Charlie’s Angels reboot, this 1978 Mustang starring a Farrah Fawcett poster and a goooooooooooood doggy is a clever and unique way to sell an awesome classic car, and give a good chuckle to the Celebrity Car Trivia Buffs out there.

Farrah Fawcett was a car buff in her lifetime and owned a few amazing cars over the years. She’s most famously associated with, you guessed it, the Cobra II. She drove one for years as “Jill Munroe” in the iconic 1970’s TV smash “Charlie’s Angels”, bringing racing stripes and feathered, teased hair to the forefront of the nation’s fashion sense. There was no going back once we saw how cool a secret agent could be once they ditched the Aston-Martin.

Propping up the photo of Farrah on the hood is a perfect tribute to the iconic goddess of muscle car stunt driving, and you know what makes it even better? The addition of that cute little puppy is probably a call back to Farrah’s second most famous car, an ostentatious-by-even-the-1970’s proto-Knight Rider tricked out by the legend George Barris himself: her 1970 Corvette featuring a TV, a car phone, and a FUR interior!

That Corvette sold for over $1 million at Barret-Jackson 3 years ago. As for her Cobra II….nobody knows. It has never been seen again since the early 1980’s. This could be your chance to buy one, soup it up and start an urban legend. Better hurry, the bidding has begun!

Gallery: Greatest eBay Listing Of 2019? Or In All Of Human History? You Decide!

Are You Brave Enough For This 1959 ‘Christine’ Plymouth Fury?