Here's Your Chance To Buy A Legit 1965 AC Cobra 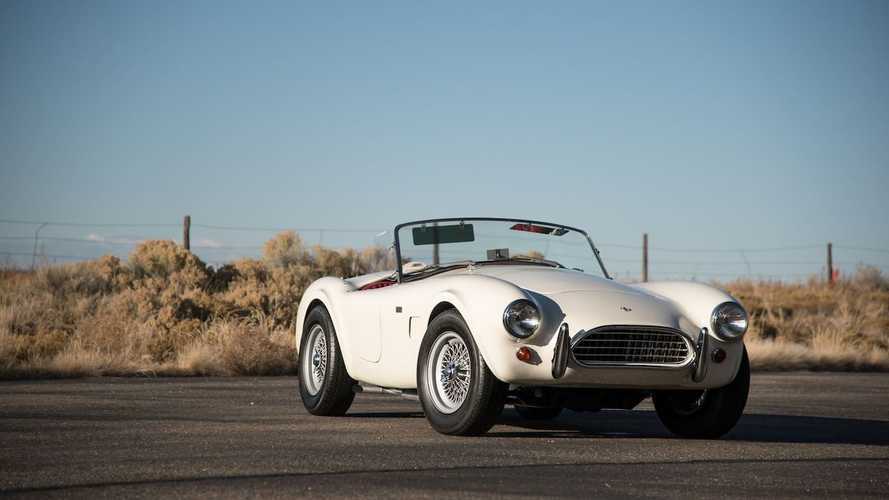 Forget replicas or continuations, this is the real deal!

There are plenty of Cobra replicas out there and a good amount of Shelby-branded continuation cars, but it's getting rare for a legit 1965 AC Cobra to pop up on the market... especially outside of a major auction house. This beautiful AC Cobra is up for sale by K. Watts & Company, and it has a very unique history.

The cool thing about Cobras is that the registry of vehicles makes them so easy to track, and that is certainly the case with Cobra chassis CSX 2421. The CSX chassis numbers are still used on Shelby's continuation cars to this day, but CSX 2421 is the real deal. This Cobra was initially shipped to a Ford dealership in Fort Wayne, Indiana and it had a potential purchase fall through on November 6, 1964 before being shipped to Los Angeles to be sold by Carroll Shelby's dealership, Hi-Performance Motors. By 1974, the AC Cobra ended up in the collection of a couple in Pennsylvania, and that's where this car's story gets even more interesting.

According to the Shelby American Automobile Club (SAAC) registry, this car was driven and taken to car shows by its owners where it won awards including the Best Cobra award at the first-annual SAAC meet in Brown County, Indiana in 1978. Also in 1978, the military couple had to move overseas, and their collection – including this Cobra – was stored away. The Cobra then sat in storage until 1990 when it was sold to a man in Colorado who had it tirelessly restored to its current condition but it still remains highly original – it even comes with its original top and removable side windows. It is about as factory original as you're likely going to find a Cobra today.

Gallery: Here's Your Chance To Buy A Legit 1965 AC Cobra

K. Watts & Company has not revealed how much this Cobra is selling for, but we do know it sold for $990,000 back in 2014. With Ford v Ferrari about to hit theaters, it wouldn't be surprising to see a spike in popularity for the Ford GT/GT40s as well as the AC/Shelby Cobras. This is a rare opportunity to own a real 1965 AC Cobra, and you can click HERE to make an offer.