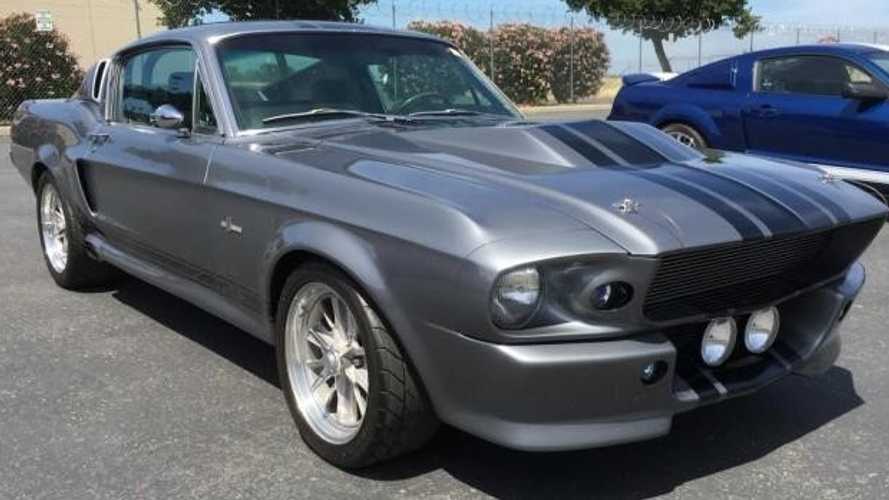 A 1-of-43 continuation Shelby GT500E Super Snake was the top-grossing car.

The highly anticipated auction of 149 vehicles seized in a Ponzi scheme took place today in Woodland, California, and when the final tallies were counted, the U.S. Marshals Service had sold the vehicles for $8,233,825. Almost 3,500 bidders participated in the auction, which saw 148 of the 149 cars being auctioned off – a 1964 Mini Cooper was pulled due to issues with the car's VIN. Lots ranged from a $1,051,225 2018 Prevost Featherlite motorcoach down to a $4,000 Honda dirt bike.

The proceeds of the auction will be placed into a seized asset account until after the court case against Jeff and Paulette Carpoff concludes. At which time, the U.S. Marshals Service says that this money could be made available as restitution to the defrauded victims, but sadly, the amount recovered from these cars was just a drop in the bucket for the reported $800+ million the couple swindled from investors.

Late last year, the FBI raided DC Solar and arrested the company's founder and his wife, the Carpoffs, for running a Ponzi scheme with victims that included Chip Ganassi Racing and Warren Buffett's Berkshire Hathaway. Among the assets seized from the couple were 149 vehicles, which turned out to be the largest single car collection that the U.S. Marshals Service has ever auctioned off. It was a world-class car collection assembled by world-class con artists.

Classic and vintage cars made up the bulk of the lots ranging from pre-war cars like a 1930 Cord L-29 Brougham and 1932 Ford Roadster hotrod to legit muscle cars like a couple of '70 'Cudas, a gaggle of Fiat 500s, four generations of Camaros and a tubbed and caged El Camino. Trucks and SUVs were well represented including a fleet of a dozen Ram 2500 trucks, a Mercedes-Benz G500 and four AM General Humvees – from the early '90s before they were named the Hummer H1.

One of the coolest cars in this collection was a 1978 Pontiac Trans Am that was formerly owned by Burt Reynolds, and it was sold with an expired Florida registration from 2017 that allegedly proves Reynolds' prior ownership. There were also several Eleanor and Shelby replicas as well as a trio Plymouth Superbirds and a Dodge Charger Daytona.

In terms of late-model cars up for grabs, there were high-performance luxury vehicles such as a 2017 Bentley Continental GT V8 S, 2017 Cadillac CTS-V, a rare 2014 Jaguar XKR-S GT and 2008 Maserati GranTurismo up for grabs as well as more environmentally friendly cars like five 2018 Chevrolet Volt plug-in hybrids and a pair of 2014 Tesla Model S electric sedans.

Pre-bidding for these cars started on October 11, and the U.S. Marshals Service hosted the live auction event in Woodland, California on October 26.