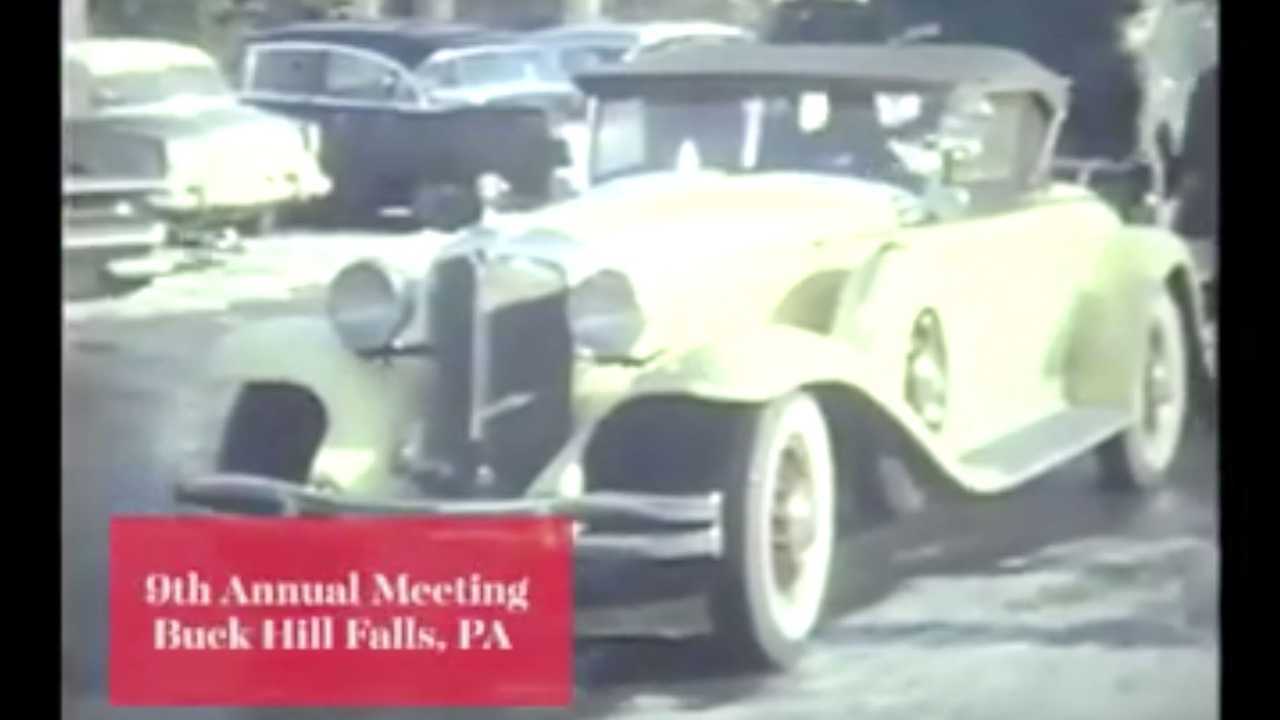 The Classic Car Club of America, or CCCA, is a world-wide club that was founded in 1952. Back in the 1920s and 1930s, owners of Packards, Cadillacs, and others were often not eligible to participate in car meets because the cars were considered too modern. That's when the Classic Car Club of America was formed. In March of 1952, the newly founded CCCA was invited and exhibit at the International Motor Sport Show, and at the time it had twenty members. Here, the club set up a 1931 Cadillac V16 All Weather Phaeton on the balcony next to a recruiting table where 75 more signed up. By the end of the year, the club was incorporated with 212 members and has been growing ever since with about 3,500 members worldwide today.

Thinking about today's vehicles with staggering horsepower and filled to the brim with cutting-edge technology, it is hard to believe there was a time when these cars were considered too modern. Even the video quality is refreshingly vintage.

This video shows plenty of stunning classic cars invading Buck Hill Falls, Pennsylvania, for the 9th-annual CCA meet. While the year is not disclosed, this video is obviously decades old given the quality, attire of the spectators, and car models that are shown throughout its entirety.

Settled in Northeastern Pennsylvania's Pocono Mountains, Buck Hill Falls is a private resort community that was first founded in 1901 as a Quaker settlement. Charles F. Jenkins was one of the founding members, and he remained president of Buck Hill Falls Company until his passing in 1951.

The CCCA is open to owners and enthusiasts that appreciate domestic and/or foreign classic motorcars ranging from 1915 to 1948. It's a reliable source for those maintaining, restoring, preserving, driving, etc., these vintage vehicles, a place where people can come together and talk about their hobby and passion. While the CCCA has a headquarters located in Rolling Meadows, Illinois, near Chicago, the club is basically anywhere these classic cars are appreciated and greatly admired.

If you own or are an enthusiasts of pre-1948 motorcars, feel free to sign up with the CCCA and share your own love and experience.