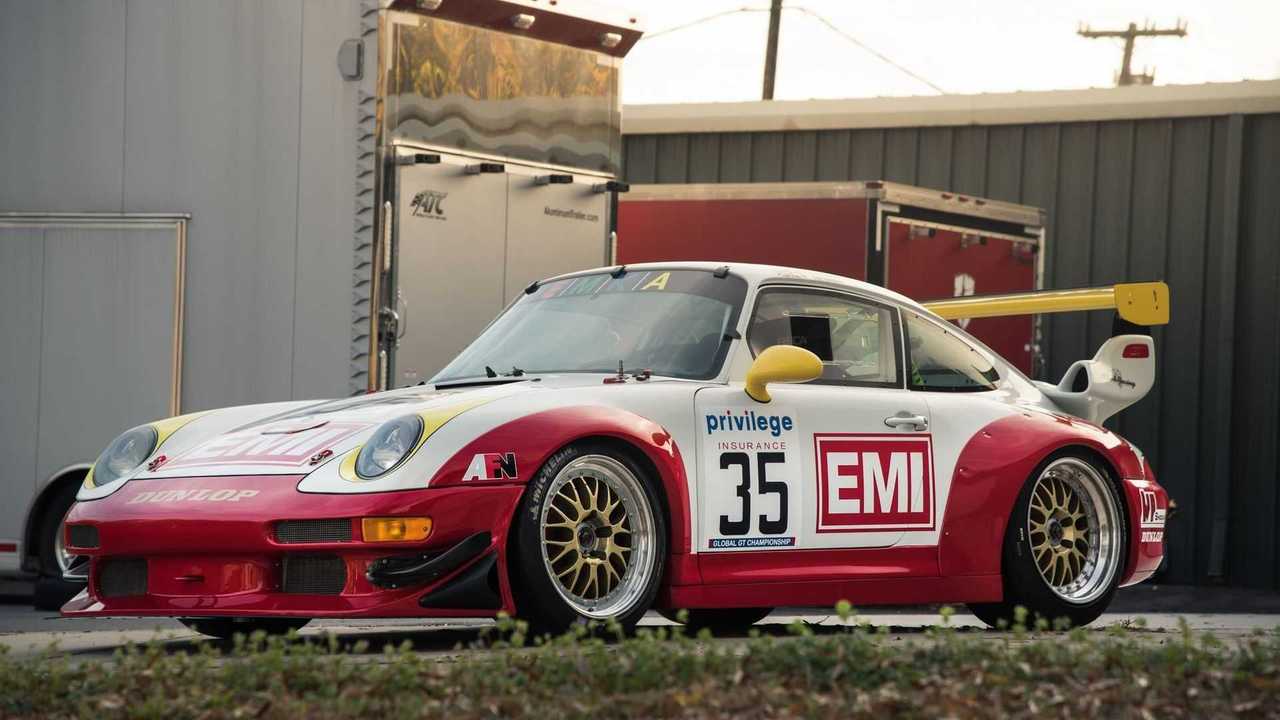 With a stellar history including celebrity ownership, there’s plenty to love about this Porsche racer.

When looking for an investment vehicle, one of the primary points to watch for is a well-documented history. Details about how the car has been used, by whom, and what kind of care it’s been under are vital to the current and future value. With this 1996 Porsche GT2 R you get outstanding documentation of all four owners and its Competition record, which is exactly what you should aim for. There are several other compelling points about this Porsche, making it a good candidate for a discerning investor.

Unlike many Porsche race cars, this one still has its original drivetrain, which is another unique element. Adding further to its value is the fact many of the Porsche motorsport components installed back in the 90s are still in place and in fantastic condition. You could say this is a motorsports time capsule of sorts.

Steven O’Rourke, who was the manage of British rock band Pink Floyd, was the original owner of this amazing race car. He then campaigned the car int the British GT Championship, eventually winning, so that’s a nice notch in the belt of this Porsche. In 1997 it was used in the 24 Hours of Le Mans and placed 6th, which is quite respectable considering how many cars don’t even finish.

The second owner was Martin Koening, he used the car in European races for a year before having it shipped to the United States. It was prepped for the 24 Hours of Daytona and then qualified in 34th place. After that epic race, the GT2 R was kept here and refurbished, then raced in Rennsport Reunion III in Daytona Beach. Since then, this beast has been in retirement, driving on private track days but that’s it.

With an amazing historical value, excellent condition, and a history like this, there are many excellent reasons to consider this Porsche GT2 R. If you want to inquire about purchasing details, Curated Classics is handling the transaction.