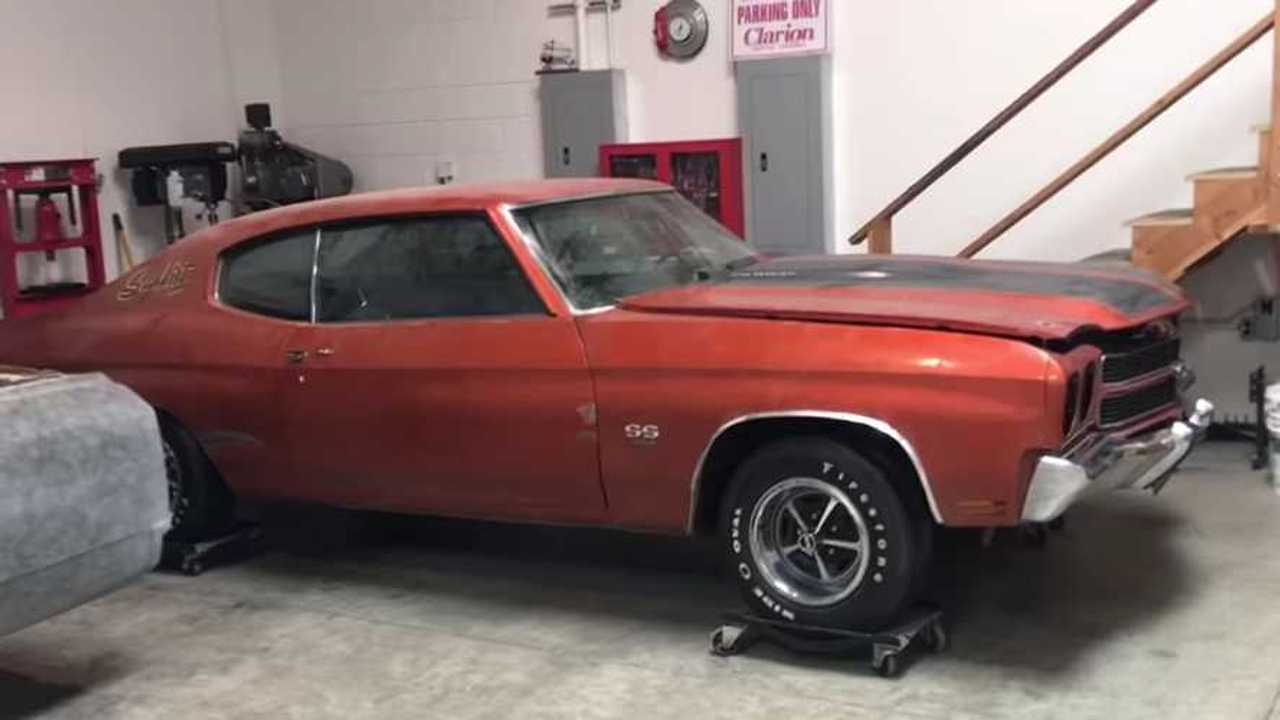 Hunting for barn finds is a difficult, time-consuming job. One of the successful hunters, Patrick Glenn Nichols, has a fascinating YouTube channel where he shows off some of his finds. Not all of the discovered gems result in sales, but this 1970 Chevrolet Chevelle SS 454 wearing the ultra-rare Hugger/Monaco Orange did end up in his hands. It’s an exciting find and one that will no doubt provide Nichols with a sweet profit.

Not only is the ’70 Chevelle SS 454 rare, thanks to the potent LS6 GM small block V8, it’s apparently one of the first made at the Van Nuys assembly plant, and on the registry is only one with this paint from that plant. Those facts make the American muscle car all the more desirable, which is exactly what investors and collectors look for.

While plenty of barn finds come from properties where a hoarder lived, which often means the cars are literally buried under other items, this one was found in Reno, Nevada in an automotive repair shop. It just goes to show barn finds can happen all over the place.

This classic Chevy has some nice features. While the paint is going to need some serious work, considering someone did a shoddy repaint that includes stripes on the hood which are far wider than the original.  There’s still the factory cowl induction hood, plus the original carb. The interior is all-original and in shockingly good condition, supporting the claim that it’s a low-mileage Chevelle.

As you probably already know, the Chevrolet Chevelle is an automotive icon. As one of the most-recognized and successful muscle cars from the late 1960s into the beginning of the 1970s, finding any of these cars in complete condition is a big deal. The fact this one comes with some rare features is a huge plus, despite the restoration work which needs to be done.