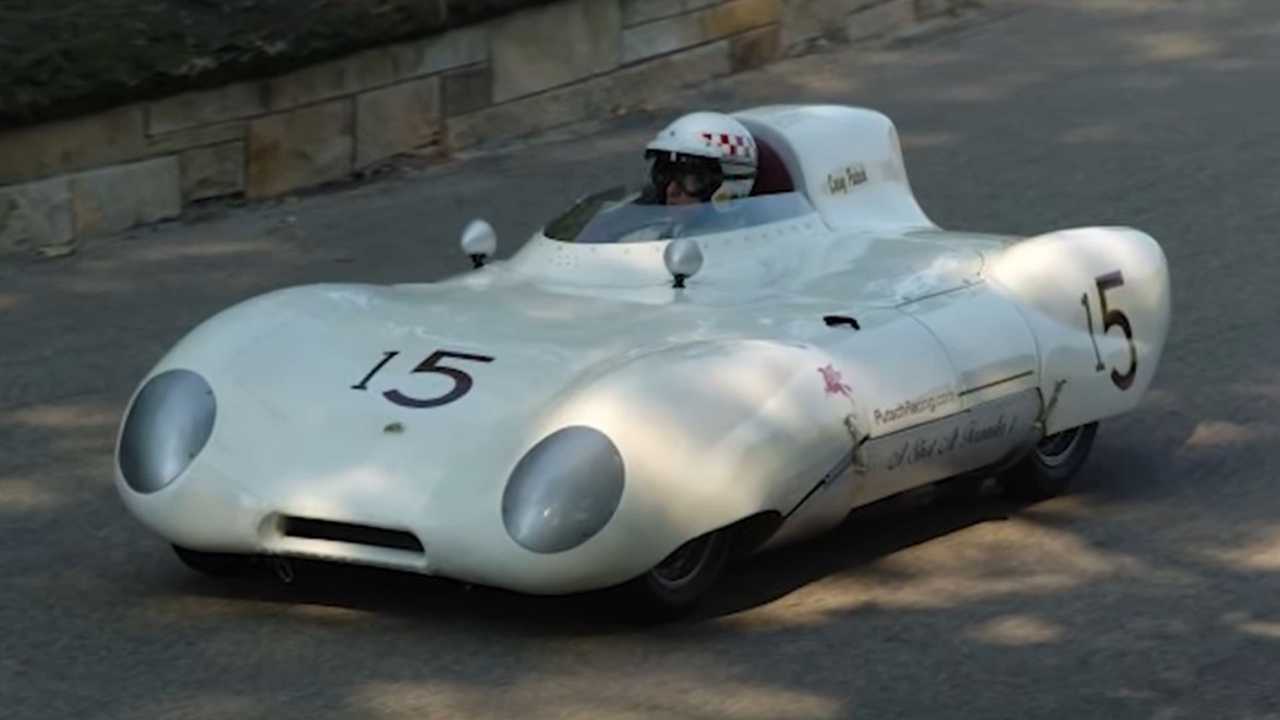 The race car had no chassis tag and a sketchy past, too.

Casey Putsche, an accomplished racer, is also quite the car hunter. He has restored all kinds of classic vehicles, particularly from motorsports, but one sticks out in his mind: a 1956 Lotus Eleven Le Mans. Putsche found the car through a listing in the old Hemmings magazine. Of course there was a catch, because the restoration on the racer was incomplete. However, the price was tempting enough for Putsche to follow up.

The previous owner of the car had a barn full of amazing classic cars, which just floored Putsche since the guy was a university English teacher and probably not the type of person you’d peg to have that kind of a collection.

The car was quite exotic for its time, especially with the coach-built aluminum body. Since the body work wasn’t complete, Putsche understandably felt intimidated by taking on such a project. After all, who has the skills to do aluminum bodywork?

Then the seller showed Putsche how to coach build right on the spot. Either the guy really wanted to sell the Lotus or he was interested in teaching a future generation of enthusiasts how to keep the old crafts alive.

Everyone has bit off more than they can chew on a project car. That’s just how you learn, by pushing beyond your boundaries and discovering new things. Hopefully the project goes well, but ultimately the goal is to learn more and become better.

What’s truly amazing is how Putsche decided to restore the Lotus Eleven Le Mans to original spec, instead of installing a fuel cell, updated wiring, a roll cage, etc. That meant fabricating some parts, because going to the junk yard to find replacements for components missing wasn’t an option. Ultimately his force of will made it all happen.

The history of the car was also interesting and difficult to track down because the chassis tag had been removed. Putsche did find out it was seized by the IRS from some Japanese investment group in the past. That story helped establish the car’s identity and create value, otherwise selling it later would’ve been disastrous.