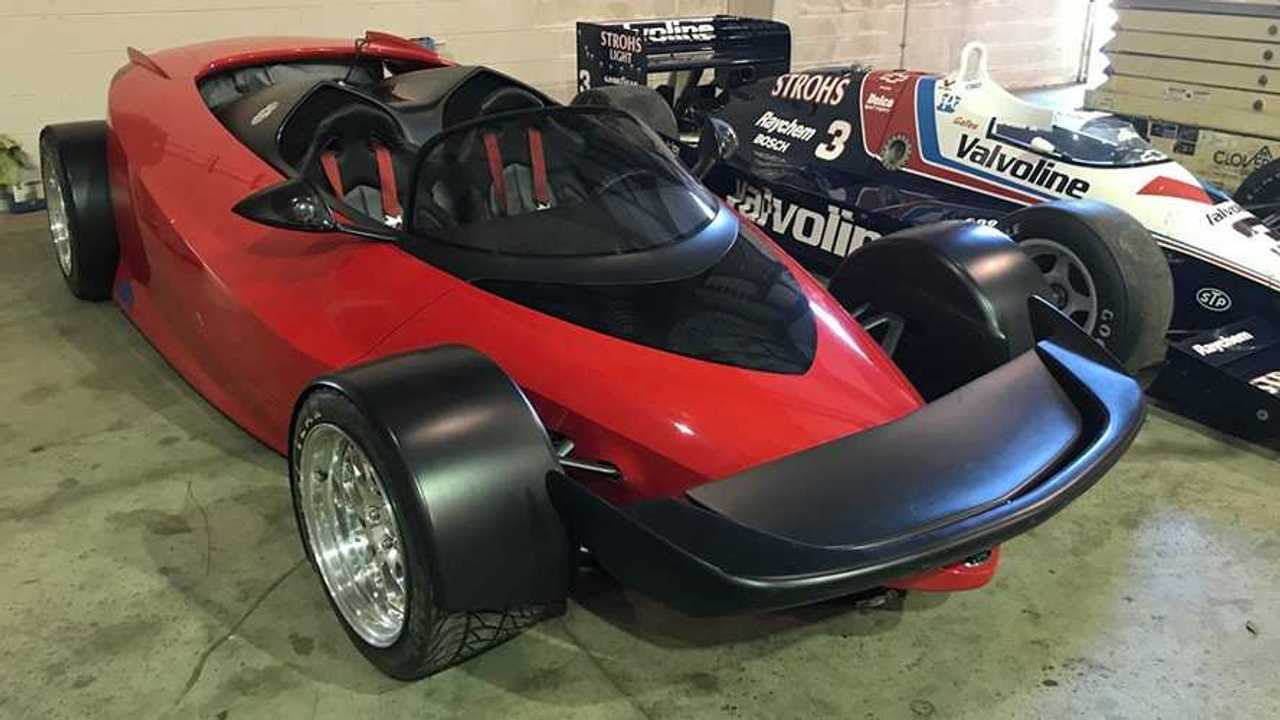 This concept combines elements of a '32 Ford Roadster and an open-wheel race car.

If you need an example of how cool concept cars were in the 1990s, just check out this 1996 Ford Indigo Concept. This low-slung, open-wheeled roadster was built to glisten under the bright lights of the auto show circuit, but for almost 20 years, it has been sitting in a private collection. And now it's up for sale with an asking price of $195,000.

There's a listing Facebook Marketplace in Detroit that states that this Indigo Concept is believed to be one of just three in existence, and this one is a complete roller with no drivetrain but a finished interior and functional scissor doors. The one fully functional version of this concept car was powered by a 435-horsepower V12 that was designed for Aston Martin. While it would be nice to preserve this car and leave it as an engineless show car, we can't help but think of how cool it would be to add a 5.0-liter Coyote V8 or even Ford's 3.5-liter twin-turbo EcoBoost V-6 from the Ford GT.

Unlike many concept cars of that era, though, the Indigo still looks as futuristic today as it did back then. Sure, that funky front-mounted spoiler with integrated lighting takes away from the car's aggressively sloped nose, but the low windshield and beltline gives this car the stance of a vintage Ford Roadster hot rod.

Gallery: Buy This 1996 Ford Indigo Concept Roller For Under $200K

Even though the 1996 Ford Indigo Concept was introduced just three years after Chrysler revealed the Plymouth Prowler Concept, which eventually became a production vehicle, this car was built for the sole purpose of wowing auto show attendees. In the early 2000s, the two Indigo Concept rollers were part of a massive group of concept vehicles that Ford sold off to the public, and now this one is looking for a new home.