George Shinn Talks About His Vast Car Collection Up For Auction 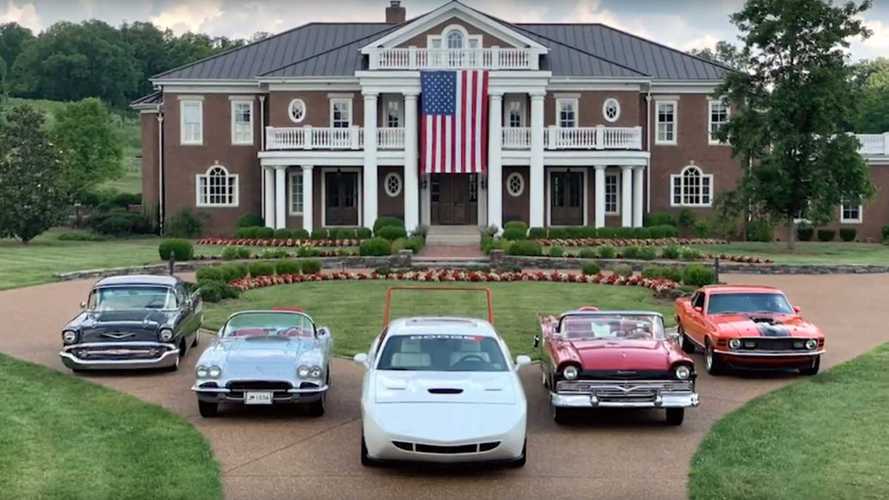 This collection of 46 cars answers the classic gearhead conundrum of what happens when you run out of places to store your cars.

We've already seen quite a few of the automobiles that GAA Classic Cars will be auctioning off as part of the 46-vehicle George Shinn Collection, but now we're getting to hear from the collector himself. In a video released by GAA Classic Cars, Shinn talks about some of the cars in his collection as well as a background of how he got interested in cars in the first place.

Shinn is best known for creating Charlotte Hornets in 1988 and later moving the team to New Orleans in 2002. His love of cars started at a young age while washing cars as a kid at his dad's Gulf service station. The self-proclaimed gearhead says that he ran out of room with "a little over a hundred cars" in his collection, which is why he is sending these 46 vehicles off to new homes.

Like any other collector, Shinn has purchased cars many of the cars from all of the major auction houses, and he feels "more at peace, comfort and trust" using GAA Classic Cars for this collection.

"GAA Classic Cars is an organization of good people. They have a history with cars, they know what they're doing and they know what people like and want, and they fill that need," Shinn said.

Gallery: George Shinn Talks About His Vast Car Collection Up For Auction

With eight '57 Chevys in his collection, he says that these cars are his personal favorite, but the variety of cars that Shinn is auctioning off through GAA Classic Cars is about as diverse as you could imagine. Click HERE for the full list of all 46 classic and collectible vehicles that will be auctioned off at no reserve on Saturday, November 9, and check some of them out in the gallery below.