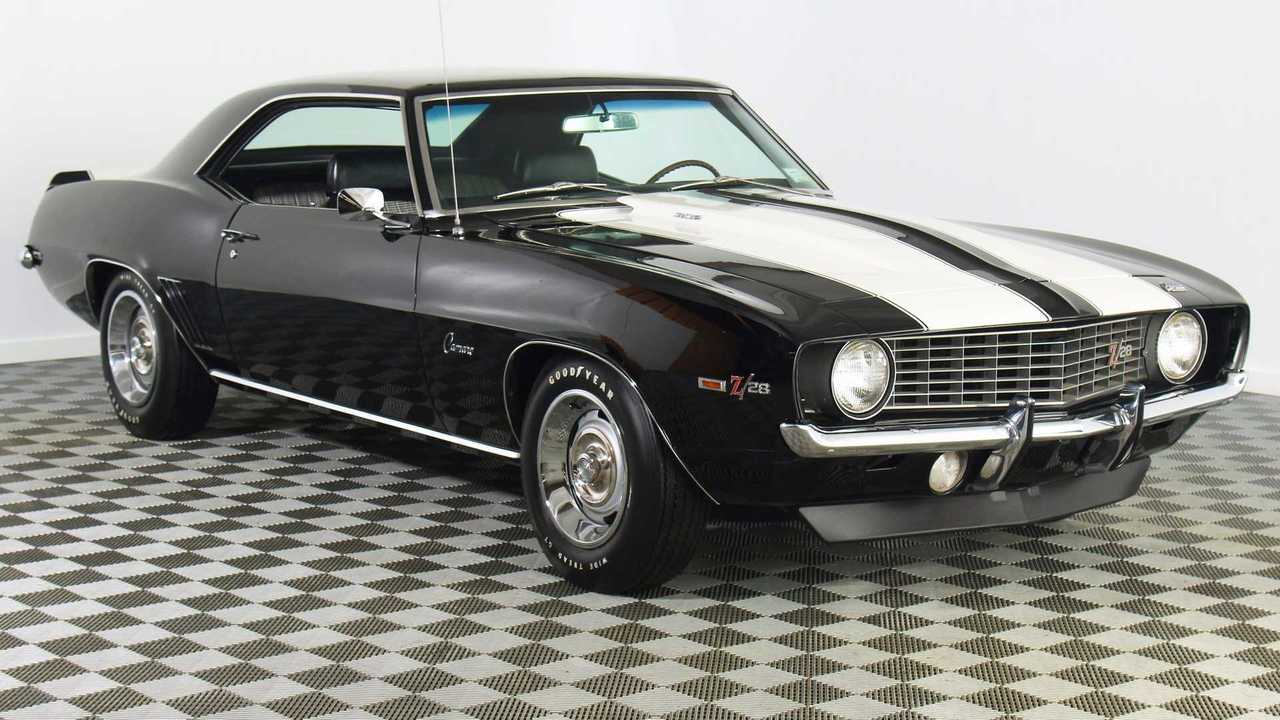 You’ll be hard pressed to find a classic Camaro is this close to original condition!

Representing the last year run of the first-generation of the F-Body platform, this 1969 Chevy Camaro Z28 is a numbers matching car with a lot of important things to note about it. Outside of being from one of the most desirable eras of the nameplate, it’s also sporting a rare color and low mileage. The best thing about this car is that it’s ready for a new home from Sunnyside Classics.

This Camaro has a mere 17,800 miles on the clock since new, and has plenty of life left in it as a street machine, or a show car. Tagged with the original X33, D80  Z28 callouts, this original Z28 has never been messed with. Of the approximate 165,000 Camaros made in 1969, only 20,302 were produced as Z28s, and who knows how many are even left on the road, and even less than that would be in this mileage and condition.

Adding to the rarity of this being a 1968 Camaro Z28 trim, is the fact that the car is also a 10 Black Paint coded car with hounds tooth interior - making this a very rare gem. According to the ad, and sourced by Camaro Research Group, only about 2-percent of the Z28s that left the factory in 1969 were black, so we’re done to around 400 ever made like this.

Gallery: Here’s Your Chance To Own A Very Rare Factory 1969 Z28 Camaro

Otherwise, the car is in excellent condition as it sits, with only one repaint done, and completely solid panels. The engine is correct to the factory stamped code, as are the transmission and rearend. It also has block #3970010, head #3927186, 12 Bolt with 4:10 gears, power steering, power brakes, and chambered exhaust. This car will not last long on the market, so check it out now.