Conquer The Terrain With A 1963 Volvo L3314 Laplander Camper 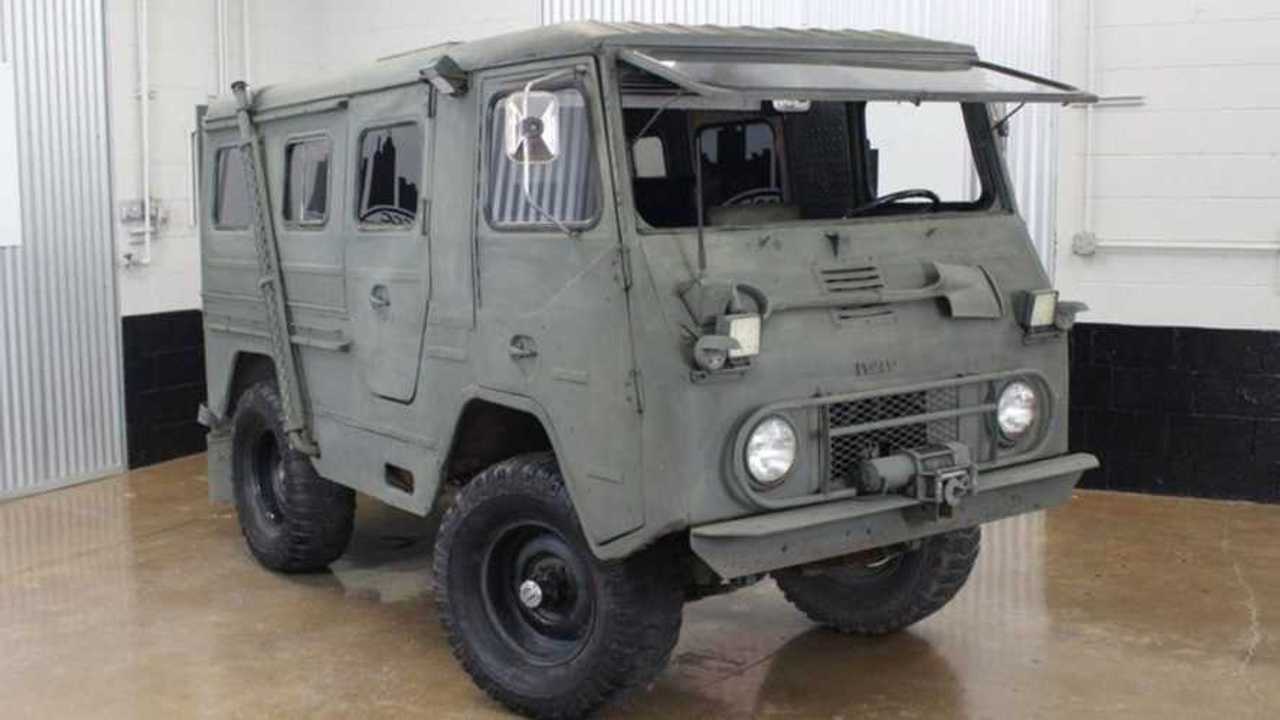 Let nothing stand in your way.

Old military trucks are a lot of fun, especially something like this 1963 Volvo L3314 Laplander Camper. It’s been converted into a camper which can get to places you might not even reach using some trucks. That means not having to sleep in some rooftop tent and use a tiny camp stove while enjoying the beauty of a super remote wilderness area.

Gallery: Conquer The Terrain With A 1963 Volvo L3314 Laplander Camper

These trucks were commonly used by different Scandinavian and Saudi Arabian armed forces, so the claim that this particular one spent its time as part of the Norwegian Armed Forces doesn’t sound too far-fetched, although there apparently is zero documentation to backup that claim. It is painted Olive Drab, so it likely has some military experience. That paint does cover all the factory badging and wood trim pieces, preventing those from giving away your position when in cover.

You’ll note there’s a recovery shovel mounted to the nose of this Volvo, just below the pop-out windshield. Other exterior details include a skylight, roof access hatch, locking spare tire cover, LED front fog lights, LED side area lights, front-mounted 8,000-lb. electric winch, rear mud flaps, and a ladder. Also included is a 10-foot boat painted to match the truck, and it mounts to the roof nicely.

This vehicle looks tough and has the chops to back that up. A short wheelbase, high ground clearance, and excellent approach/departure angles make it quite capable on trails, which is what you’d expect from a good off-roader. While the Volvo Penta AQ130 engine isn’t a beast, with 130-horsepower on tap it definitely gets the job done without guzzling fuel.

As for the interior, some nice upgrades were installed by the previous owner. While the cab is stock and not plush at all, it’s quite functional. In the rear is a nice leather sleeper sofa which looks brand new. You can cook up all kinds of gourmet meals using the wood stove with chimney, oven, and sink. The Coca Cola cooler and cabinets help with storage. Blinds keep things private. Just in case you have a larger party with you, a two-person tent is being thrown in with the purchase.

You’re a far cry from a Winnebago with this Volvo L3314 Laplander Camper. There’s really no telling if or when you’ll see another like this, because they pop up occasionally but often go fairly quickly. If you want to see about purchasing this vehicle for your outdoor excursions, contact Chicago Car Club for details.

Place A Bid On This 1968 Volkswagen Beetle Herbie Tribute