Start Your Own Chrysler Collection With Quartet Of 300 Hursts 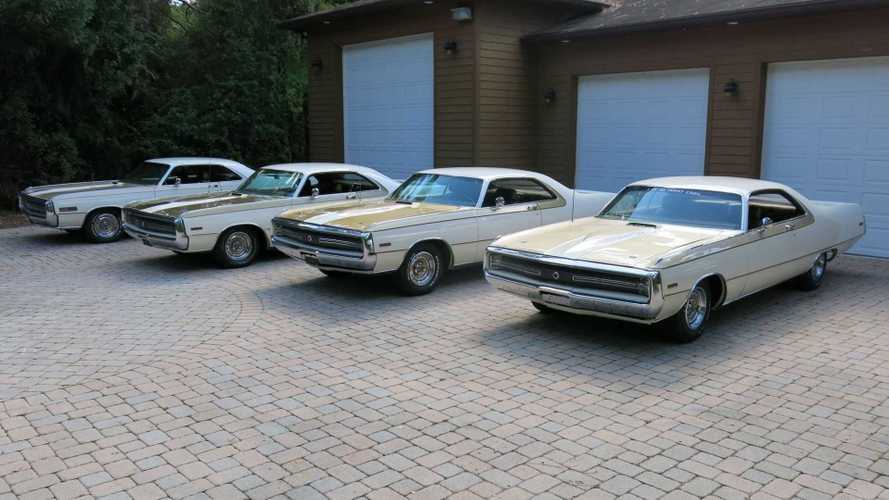 Join a different kind of 1-percent club by owning nearly 1-percent of every Hurst 300H ever built.

Back in the late 60s and early 70s, muscle car madness was reaching its peak. Every major manufacturer was building multiple variations of multiple models while also teaming up with tons of outside groups for special additions. It was glorious. The result was dozens of interesting and exciting cars that were all produced in really small quantities. That makes them hard to find, and even more exciting when you get a chance to find them. It’s that rarity that makes this set of cars we found even crazier.

Right now, you have the chance to own a full set of four 1970 Chrysler 300H Hurst coupes. With just 485 ever produced, finding four clean examples all for sale at the same time is basically hitting the lottery jackpot.

If you are unfamiliar with the Hurst fettled 300H they all shipped with the 375 HP 440 cubic-inch “TNT” V8 mated to a three-speed automatic. That motor also makes an astonishing 480 lb-ft of torque, which makes it feel quite aggressive off the line. They were all covered with Spinnaker White paint with Satin Tan stripes, and featured a gorgeous saddle interior. Other Hurst-special additions include a custom molded spoiler, chrome bumpers, upgraded suspension pieces, and a modified exhaust.

The four cars in this particular lineup are all in great condition will relatively low mileages ranging from 39,000 miles on the lowest car to 97,000 on the highest. The two cars in the middle ring up at 49,000 and 80,000 miles.

Gallery: Start Your Own Chrysler Collection With Quartet Of 300 Hursts

If you are interested in starting your own little Chrysler collection, this is an ideal buy. Besides the low mileage and impressive condition of these cars, one of them was formerly owned by a Chrysler of Canada executive, and all four are being offered at no reserve. While it doesn’t guarantee anything, it does mean there is at least a chance that these four cars could go for relatively cheap.

If all this vintage Mopar magic sounds like the perfect addition to your garage, give Premier Auction Group a call. They have all four cars, and they are all ready for auction.

The Pontiac Trans Am Lives On With This Hurst Camaro Conversion