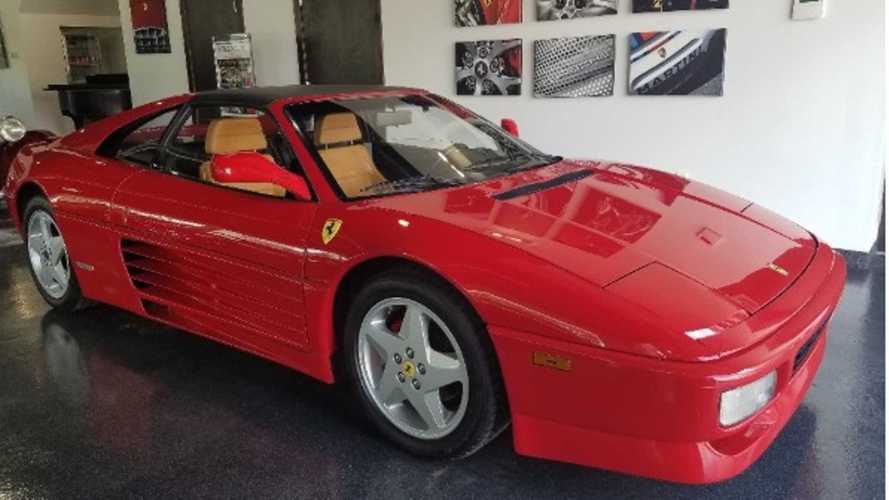 Enzo’s last V8 machine is one of the best ever made.

Enzo Ferrari was many things from a racer, to a shrewd businessman, to an automotive visionary. And while the company he created has flourished since his passing in 1988, many hold earlier “Enzo Approved” Ferraris in the highest regard. That’s why our personal favorite Rad-Era machine from Maranello is the Ferrari 348. The mid-engine V8 cars have always been the benchmark of the Ferrari driving experience, and the 348 was the last such car to be developed under the watchful eye of the great Enzo. So every time we something like this 1990 Ferrari 348 TS Coupe show up, we get the urge to break out the checkbook. The 348 is just a more nimble, and we think more interesting, counterpart to the Testarossa that gets all the attention.

The TS in the name denotes this car as the more desirable Spyder variation of the 348. When you have a car that looks and sounds this good, the only thing that could make it better is limitless headroom and a louder soundtrack. The 348 TS also comes with a beautiful gated five-speed manual transmission. In the world of automatic-only Ferraris of the modern era, this feature alone is worth the price of entry.

With a 3.4L V8 tucked behind the rear seats producing 296 horsepower, the 348 is no slouch in the performance department. That power coupled to a relatively low 3,300 pound curb weight meant a 0-60 sprint of just six seconds and a top speed of nearly 170 mph. If you’re looking for a nice low-mileage 348, give Premier Auction Group a call. This particular Rosso Corsa 348 TS is just 32,000 miles old and comes with all documentation including a full service history. The most recent service included timing belt, water pump, tension bearings and more. That means that this Ferrari is ready to take to any car meet or race track you want.

Yes, driving a machine like this would seem like a poor idea considering the mileage and condition, but cars are meant to be enjoyed. So take that top down, fire up that Italian V8 and go for a drive. You deserve it.

More Ferrari Magic For Your Eyeballs

Take Down The Poster And Buy This 1990 Ferrari Testarossa
Source: Motorious
++