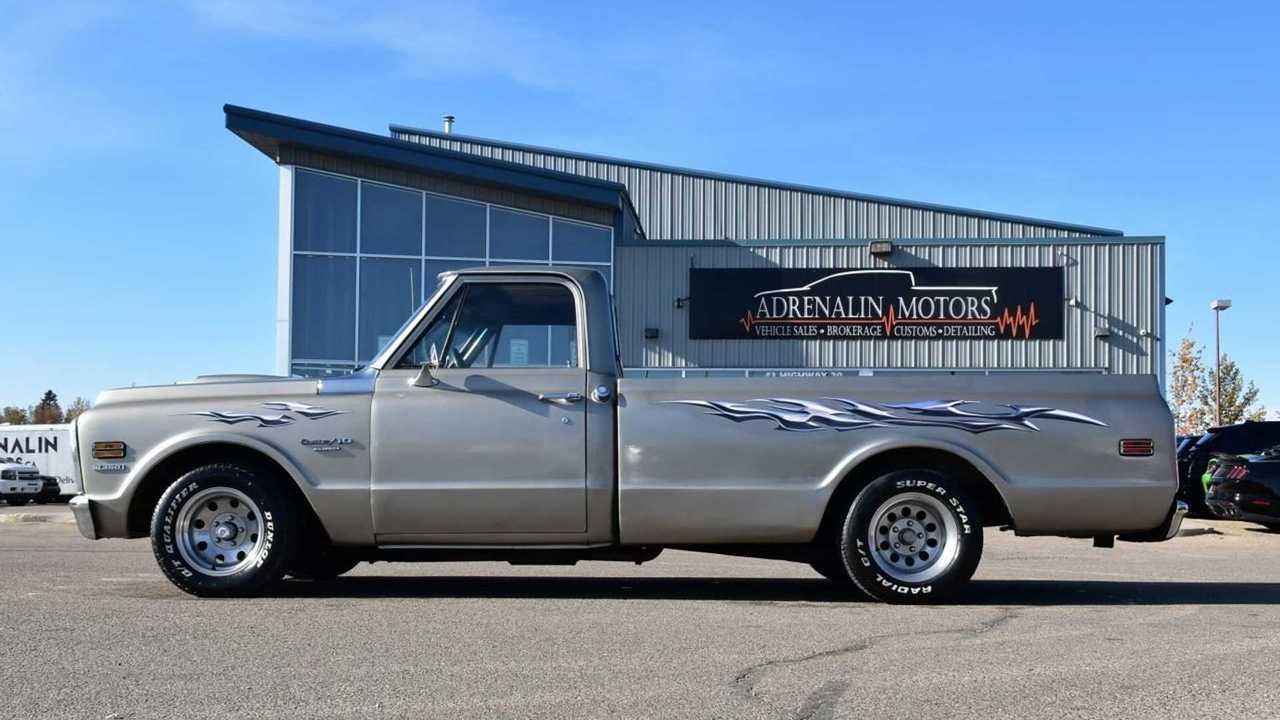 Some custom builds can go over the top resulting in a vehicle designed for such a particular taste that it can be hard to sell down the road. That is definitely not the case with this semi-custom 1972 Chevrolet C10 LWB, which has received tasteful modifications inside and out giving it a cool unique look without losing the truck's original charm. And it's up for sale through Adrenalin Motors.

Aside from the body graphics and the lowered stance, this '72 C10 doesn't really stand out from other trucks of this era, and that's the cool part. Walking up to this truck you don't get bombarded by crazy grilles, shaved handles or flashy paint; it's an understated custom that still manages to grab your attention. The long-wheelbase design makes the lowered truck look even cooler!

The interior is a different story, though, as the most of the truck's stock cabin has been updated like the late-model bucket seats, center console and an aftermarket steering wheel. Even the parts of the cabin that are still factory have received custom touches including the chrome trim added on the dash and door panels in addition to the metallic paint on the gauge cluster. A monster tach was added atop the steering column, while a trio of auxiliary gauges were placed under the dash.

Under the hood, this semi-custom truck is powered by an equally semi-custom engine. Rather going with some extreme engine, this 1972 Chevrolet C10 is powered by a 350 CID V8 that has been bored out to a 355 CID displacement. This engine was upgraded with performance heads, roller rockers, competition cam and long-tube headers giving the engine a "tasteful rumble."

If you're looking for a cool, semi-custom '70s truck, this lowered 1972 Chevrolet C10 is a really unique choice. Adrenalin Motors currently has this Chevy listed for $19,888 Canadian (around $15,000 USD), but you can click HERE to make an offer.