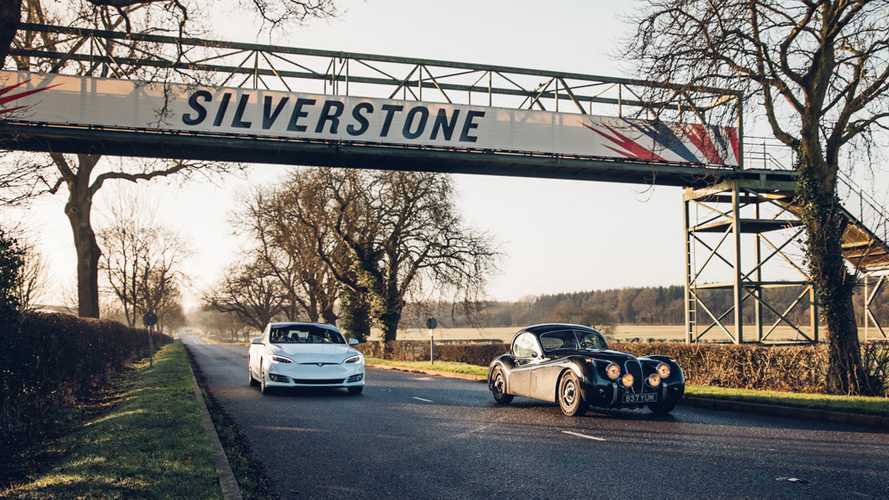 Is this the future of classics?

Over the last several years, more than a dozen cities, territories and countries around the world have announced plans to ban fossil fuel powered vehicles by as soon as 2025. Only time will tell how these plans will be enacted and enforced, but some companies aren't waiting around to find out. One such company is British engineering firm, Lunaz Design, which has created an electric propulsion conversion system for use in classic vehicles.

And we're not talking electric Volkswagen Beetles here! The company's first successful conversion was a 1953 Jaguar XK120 followed by a 1961 Rolls-Royce Phantom V.

Lunaz Design uses a modular powertrain to ensure a broader application of vehicles, and they offer a range of power outputs starting at 135 horsepower all the way up to 590 horsepower. While there aren't many details about the EV systems (except that it uses in-house built lithium-ion battery packs), the company does suggest a minimum range of 250 miles. As you might expect, converting a classic car into an EV is not a cheap undertaking; excluding the price of the donor car, Lunaz Design conversions will start at £350,000 – that's close to $450,000 USD.

When it comes to modifying highly collectible vintage cars, Lunaz Design says that the conversions are reversible but it doesn't use this as a constraint when it comes to the design of the components – especially when it comes to fitting the batteries in the trunk. The interiors of both the Jaguar XK120 and Rolls-Royce Phantom V retain a general appearance to the original cars, but the gauges have been updated to accommodate the advanced  propulsion system and both cars feature modern amenities including a touchscreen infotainment system for Bluetooth, navigation and more.

As far as what Lunaz has planned for its next build, the company is keeping that information under wraps for now. All Lunaz is revealing is that it has "purchased a range of iconic classic cars which will be converted to electric. If we showed them all to you straight away this would spoil the fun." That being said, among its galleries for the Jaguar and Rolls-Royce conversions are pictures of a '67 Shelby GT500 Eleanor and a Jaguar XKE...