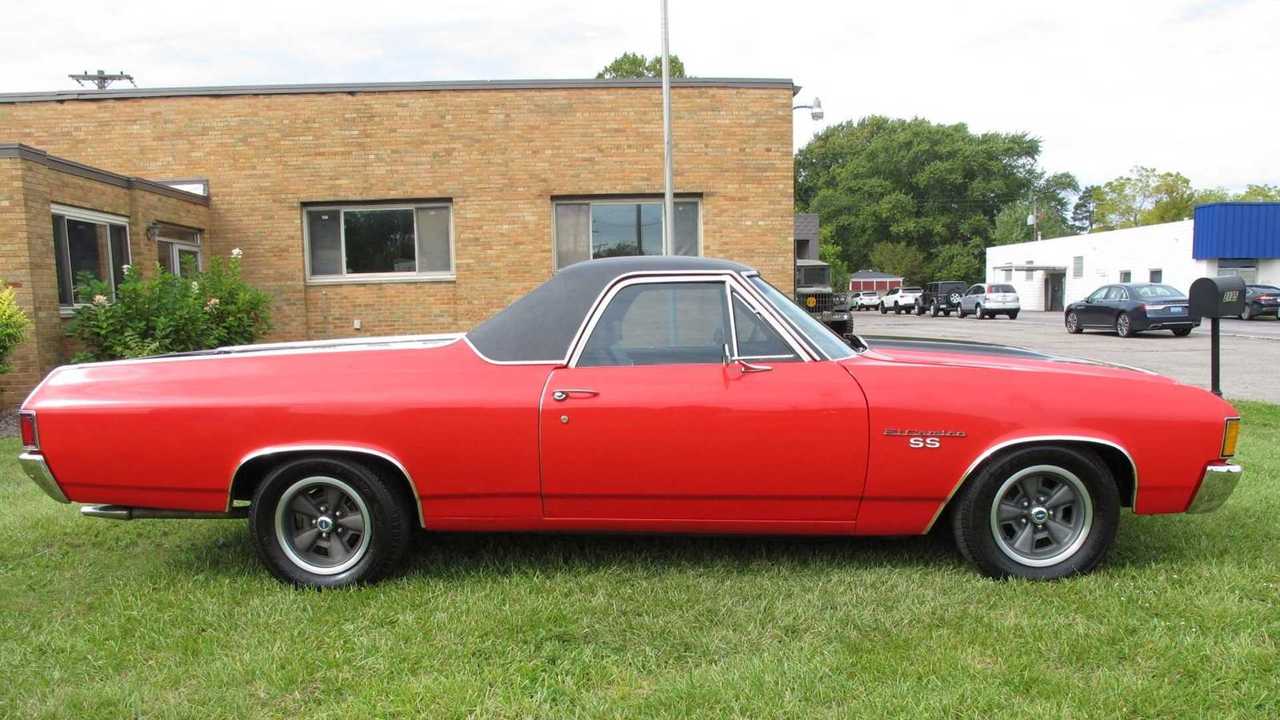 The last of the muscle car El Caminos.

The Ford Ranchero may have been the first of the car-based trucks, but the Chevrolet El Camino is the name that defines this segment thanks in large part to the muscle car derivatives that existed during the 1960s. The 1972 model year was the last for the third-gen El Camino as 1973 ushered in a new version of this car/truck with bulkier styling and lower-rated engine options. So essentially, the 1972 Chevrolet El Camino SS 396 marked the end of an era for the original sport trucks, and this one could be yours through Classic Auto Showplace.

Originally sold in Georgia, this El Camino is all original and rust free, and best of all, it's numbers matching. While the 240-horsepower 396 CID V8 is original, it has been rebuilt so it's both strong and reliable, and the engine is paired to an automatic transmission. This 240 horsepower engine wasn't the last of the big-block El Caminos since the next-gen model had the 400 CID and 454 CID options, but those engines were severely detuned with the larger 454 producing just 215 horsepower. If you want an El Camino that shows and goes, then this '72 SS 396 is a solid choice.

In terms of looks, this 1972 Chevrolet El Camino is definitely a driver-quality car that you could show. The red paint and black racing stripes were redone "many years ago," while the bed shows that this El Camino has aptly been used as a truck in its days. The interior is all original to the car, and the listing promises the El Camino is a turn-key example that is ready to be enjoyed. That enjoyment will definitely be easier with the power steering, power brakes and factory air conditioning.

If you're in the market for a classic El Camino, you're not going to want to miss out on this big-block 1972 Chevrolet El Camino SS 396. This numbers matching survivor is currently being sold by Classic Auto Showplace for $18,750, but you can click HERE to make an offer.

Drive Off Into The Sunset In This 1972 Chevy El Camino