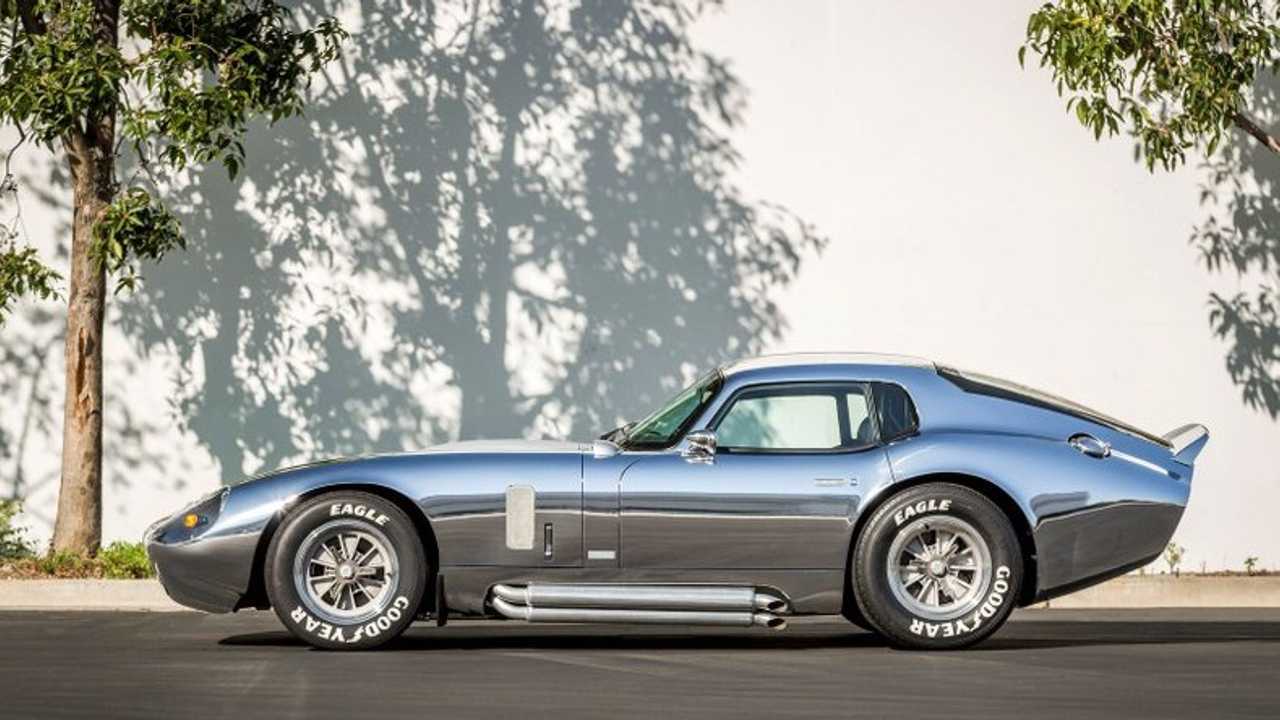 Wrapped in a eye-catching chrome with brushed twin-stripes, this replica only has 394 miles on the clock.

Loosely based on the original AC Cobra, the original Daytona was an extremely limited race car from the 1960s and became the first and only American car to win the FIA GT World Championship (1965). In fact, only six were made in during the 1960s. Introduced in 2007, the CSX9000 was created based off a new chassis, and it was given a sturdy fiberglass body. Some heavy hitters in the racing world collaborated to create this car such as Carroll Shelby, Peter Brock and Negstad. Hillbank Motor Corporation is proud to offer this 1965 Shelby Daytona Coupe CSX9146.

This classic is painted in the Shelby hue of Guardsmen Blue and topped with Wimbledon White stripes. Covering the paint is an attention-grabbing chrome wrap complete with brushed twin stripes and rear half cove. The addition of 15-inch Shelby FIA-style Pin Drive wheels grace all four corners and are wrapped with AVON CR6ZZ rubber. With only 394 miles on the clock, this Daytona Coupe comes with a clean Shelby 1964 title.

Peek inside the car to a black interior throughout including the leather seats, dash face, and transmission tunnel. Even more, an Alcantara headliner and dash top can be found inside along with period-correct Stewart Warner gauges embedded inside the dash. Inside, air conditioning keeps the cabin nice and cool, and convenience comes in the form of power windows and power door locks.

If you're looking for the perfect cruiser, but also a well-known replica of a racing icon, this '64 Shelby Daytona Coupe would make the perfect addition to your garage. This car is listed at $189,950, but feel free to make an offer here.