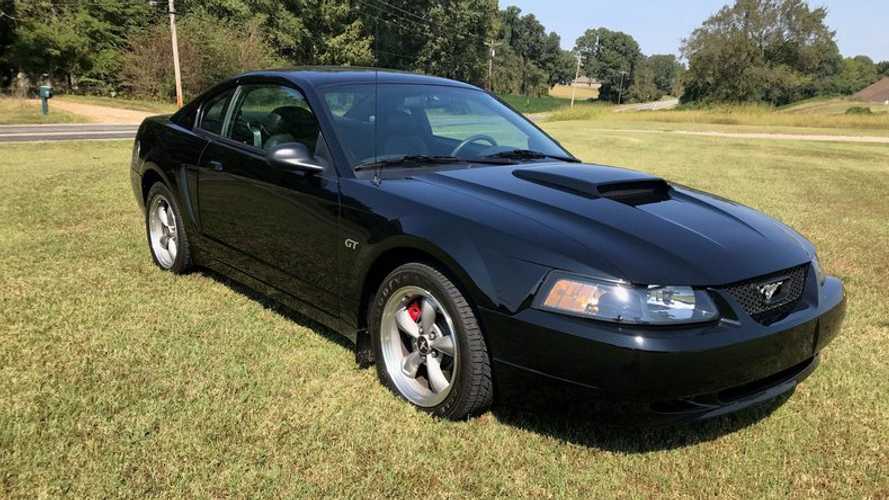 Ford only made 5,582 Bullitt Mustangs in 2001 in the signature Dark Highland Green as well as Black and True Blue. Only 1,819 of these cars were painted in Black like this one being auctioned off by GAA Classic Cars, and this car has been well preserved. This Mustang has been a Tennessee car its entire life, and judging by the 4,847 miles showing on the odometer, it may have never left the state of Tennessee! We do know that it's never been driven in the rain, and the paint quality will back that up. In addition to this beautiful black Bullitt, the winning bidder will also get the car's original window sticker and owner's manual.

In addition to the three colors and limited volume, the 2001 Mustang Bullitt GT received some engine tweaks to the 4.6-liter V8 for better air flow and power. This includes a cast aluminum intake, twin 57-mm bore throttle bodies and high-flow mufflers, which helped squeeze an extra 5 horsepower from the engine giving the Bullitt 265 horsepower. The suspension was also specially tuned for the 2001 Bullitt giving the car a firmer, lower stance for a cooler look and better handling. As was the case with the hero car from Bullitt, the look of this car is understated and even includes the five-spoke, 17-inch American Racing Torque Thrust wheels.

GAA Classic Cars will be auctioning off more than 600 classic and collector cars during it huge three-day auction event next month, so if you're wanting to bid on this Black 2001 Ford Mustang Bullitt or any of the other vehicles, then be sure that you are registered to bid.