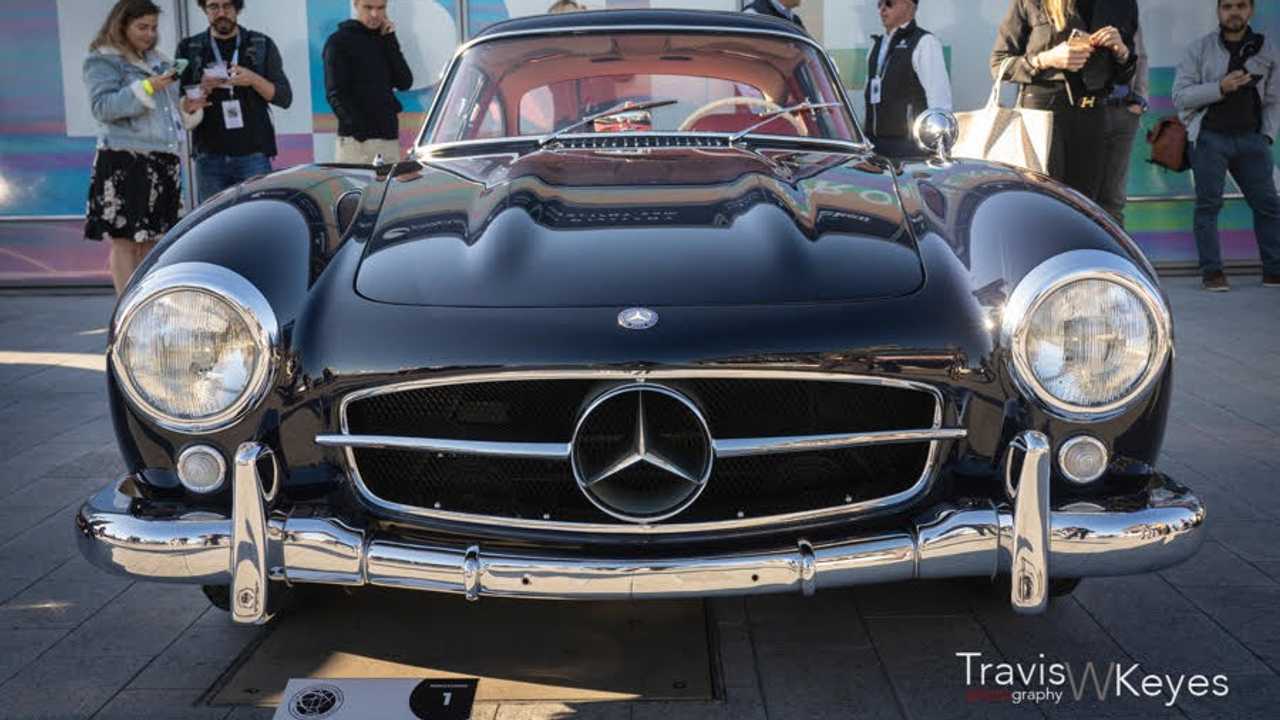 The '57 Gullwing took home the top award over 31 other incredibly iconic and rare cars.

The New York City Concours (TNYCC) recently took place on Saturday, October 5th, 2019, and it was the world's first rooftop concours that drew in a crowd of approximately 2,000 people. In a sea of outstanding machinery, a 1957 Mercedes-Benz 300SL Gullwing owned by Nat Lanza took home the much-deserved People's Choice Best in Show award.

The CEO of The New York City Concours, Maria Jannace, presented the trophy to Mr. Lanza from Ronkonkoma, New York. Even more, he was award some goodies from sponsors of the event including a beautiful Hublot wall clock, a Gliptone GT Quartz Total Car Protection Package, and some swag from Stadium Goods.

Sitting on the Rooftop at Pier 17 in NYC's Seaport District, the iconic classic Gullwing joined 31 other prestigious and elusive cars during the event's festivities. These cars included James Bond's 1964 Aston Martin DB5, a 1966 Lamborghini 400GT 2+2, 1974 Ferrari Dino 246GTS (inspired by Enzo Ferrari's son), a one-of-one Corvette ZR1 Bertone Mantide, and an iconic 1956 Porsche 356A Speedster. It's safe to say that this Mercedes-Benz Gullwing 300SL had some serious stiff competition for the award.

This TNYCC was deemed a tremendous success, especially being the very first one to be held on a rooftop over the city. A herd of 15 high school students were in attendance from Thomas Edison High where they are involved in an Automotive Shop program. Not only were they there to take in the experience, but they were also there to support their teacher who was displaying his 1970 Volkswagen Beetle at his first-ever concours event. A concours connoisseur, Bill Renta, made the haul from Connecticut in his 1963 Cadillac Seres 62 convertible and was seriously impressed by the event and venue. He went as far to call it "the most amazing experience I've ever been to" and that he would talk about it for the rest of his life.