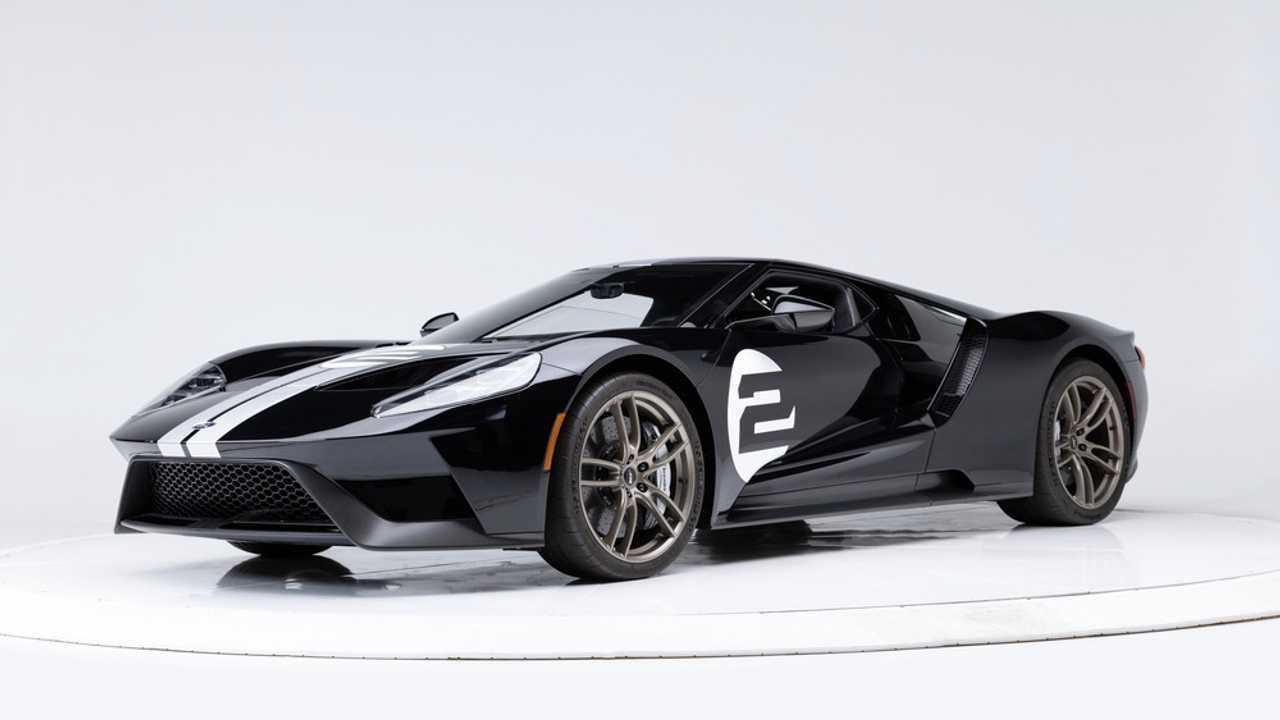 The GT tripled in value as it crossed the auction block at Barrett-Jackson.

With the embargo lifted, the 2017 Ford GTs have been hitting auction blocks at a steady rate over the last few months. They have been pulling big bids, unsurprisingly, but a recent one at Barrett-Jackson does seem to push that bar a little higher. Over the weekend, a 2017 Ford GT ’66 Heritage Edition snagged a winning bid of $1.54 million, passing a similar example that sold for $1.05 million at Bonhams recently.

The $1.54 million Ford GT has only 30 miles on the clock, and is competing for one of the top spots for highest priced GTs. The most expensive Ford GT out there is a GT that was sold for charity through Ford - these cars always tend to go for a lot more than others, and are not an accurate barometer for what to expect on the market. The GT Heritage Edition that Ford sold went for a million dollars more at $2.5 million, but again, this isn’t reflective of market trends, and it was also sold before any others were legally allowed to under Ford’s embargo.

Speaking of Ford’s embargo on the Ford GTs, John Cena’s GT only pulled in $1.4 million, and another controversial GT sold for $1.65 million before Ford was cool with it. It’s actually impressive that the bids are passing these now that the 2017s are fair game, or maybe the majority of the buyers knew better than to get involved before now.

Values of these cars are hard to pin still, even with this example going for what it did - keep in mind that the low-mileage aspect played a big role in this auction. If Ford had stuck with the original 500 car production run instead of the 1,350 ending total, owners might fetch a bit more.