Get Your Hands On This Red-Hot 1992 GMC Typhoon 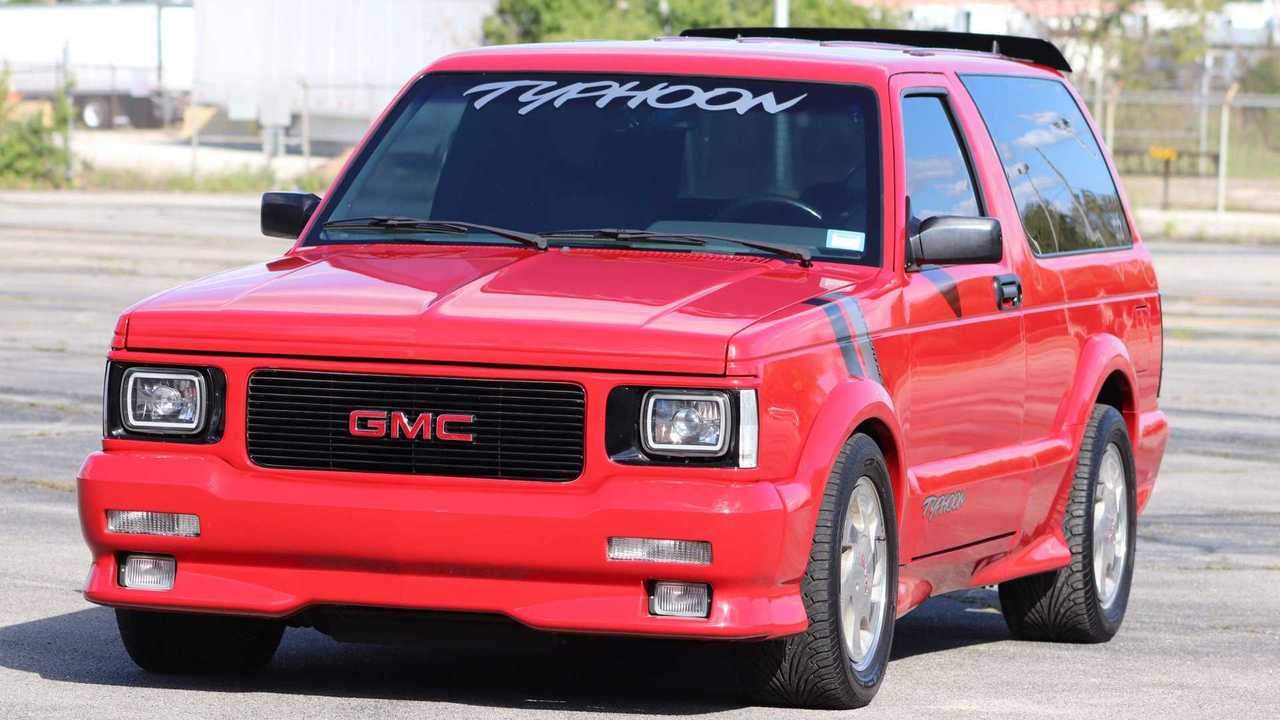 One of 345 Typhoons that came in Apple Red

As the predecessor to today's high-performance SUVs, the 1992 GMC Typhoon remains a popular vehicle among collectors. It's getting increasingly difficult to find a Typhoon in good shape, and while this one being sold by Midwest Car Exchange has had some modifications, it appears to be in excellent, well-kept shape.

Of the 2,497 GMC Typhoon SUVs that were built for the 1992 model year, 345 were painted in Apple Red like this one. The paint is in great shape and all of the body cladding is there, and this truck even wears the original SyTy wheels (although a little polishing wouldn't hurt). The Corvette-style fender stripes add a nice touch to this truck, and the only major styling modifications appear to be the halo headlights and lowered suspension. Inside, this Typhoon shows very little wear on the two-tone Argent Gray leather seats, and the aftermarket stereo and speakers are the only modification performed made inside this GMC.

As is the case with most Typhoons out there, this one has had some modifications made to the engine, but the mods are minor and the SUV doesn't look like it was abused. Under the hood, this 1992 GMC Typhoon still uses the factory 4.3-liter turbocharged V6 with just 90,000 miles showing on the odometer, and it has an aftermarket blow-off valve, which should give this truck a mean sound when you let off the gas. Speaking of sounds, this Typhoon also has electronic exhaust cut outs to selectively unleash the engine 280 horsepower without being muffled.

Gallery: Get Your Hands On This Red-Hot 1992 GMC Typhoon

Despite being rare, this 1992 GMC Typhoon is still extremely attainable with the Midwest Car Exchange listing the performance SUV for $18,900. Since haggling is always more fun, though, click HERE to make an offer on this Apple Red Typhoon.

Another 1991 GMC Syclone Is Ready For A New Owner