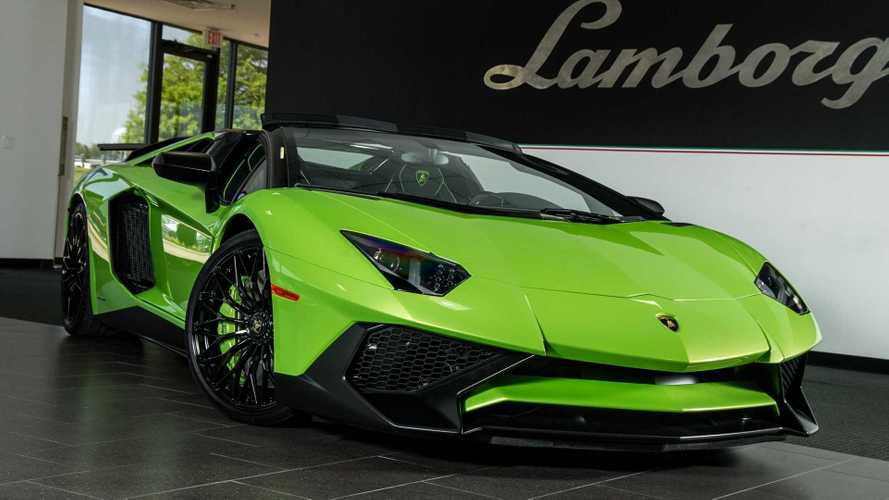 The point of a supercar is to demonstrate power, excitement and exclusivity. A car of that caliber is purely about the pomp and circumstance; the rush of endorphins and giddy sensations. Why bother spending six figures on a sports car if you are trying to blend in? It’s the embrace of that level of societal theater that has always made Lamborghini such an exciting car company. Since its inception nearly 60 years ago, Lamborghini has been pushing the envelope of style, performance and panache. And when it comes to those machines of brash horsepower and speed, the 2017 Lamborghini Aventador SV Roadster is one of the finest examples.

With a 6.5 Liter V12 tucked between the rear wheels that produces 740 horsepower, you’ll never feel like you lack the proper thrust for any situation. And that pearlescent green paint draped across the jagged skin of this roadster just emanates swagger. Even the name of the color, Verde Ithaca, sounds cooler than it has any right to be. Truly, that is the secret of Lamborghini; it’s that X-factor that so many other companies fail to capture. A Lamborghini is so brash and outlandish that it borders on garish, but rather than try and hide its true nature, each and every car that rolls out of the Raging Bull factory struts with pride. It doesn’t care what anyone else thinks, and it wields eccentricity like a badge of honor.

The only real problem we can see with the Aventador SV Roadster is getting your hands on one. Lamborghini limited the production of this menacing exotic to just 500 units, so many folks who desired this particular thrill-ride were denied. That makes it all the more special to own, and all the more exciting when shows up for sale.  If you have been on the prowl for that perfect addition of spice and adrenaline for your garage, give Lamborghini Dallas a ring. The car they have listed here is barely touched, with just 129 miles on the clock, and it’s priced extremely fairly. The asking price of $540k is right around what the MSRP of this particular machine should be, meaning no crazy dealer markup or “investment car” price hikes. The odds of finding another SV Roadster this nice for this price are pretty slim, so snatch up this amalgamation of carbon fiber and sex appeal while you have the chance.

Continue the conversation over at Lamborghini Chat...

The 2012 McLaren MP4-12C Is Engineering And Art Combined